Despite all the good talents who are playing right now around the world, every day a new player emerges to become a young star. We have seen this several times before, but now we can see this more frequently, as we’ve seen the rise of players like Paul Pogba, Alvaro Morata and many more and these are the youngsters who showed a great level as soon as they received an opportunity in the first-teams of their respective clubs.

Nowadays, with all the technology, these new discoveries happen almost every week. You can be playing in a local team one day and the other day; you can be the next big thing for one of the most important teams in the world, with other teams trying to have you in their ranks. In Premier League, it is not a secret that some teams can steal talent from others.

This is the case of this young lad – Amadou Diawara – who is currently being scouted very closely by both Chelsea and Tottenham after his performances in the past couple of season. Amadou is a 19 years old Guinean-Italian midfielder who is currently playing for Napoli. Diawara started his professional career when he was 17, playing with San Marino Calcio, a team that was relegated from the third tier of Italian football when he played for them.

He made a massive improvement when he was signed by Bologna Calcio to compete in the top category of Italian football, being only 18 years old. Diawara’s career has been a rollercoaster that only goes up as he played with Bologna just one season after being purchased by Napoli before the start of the current season. 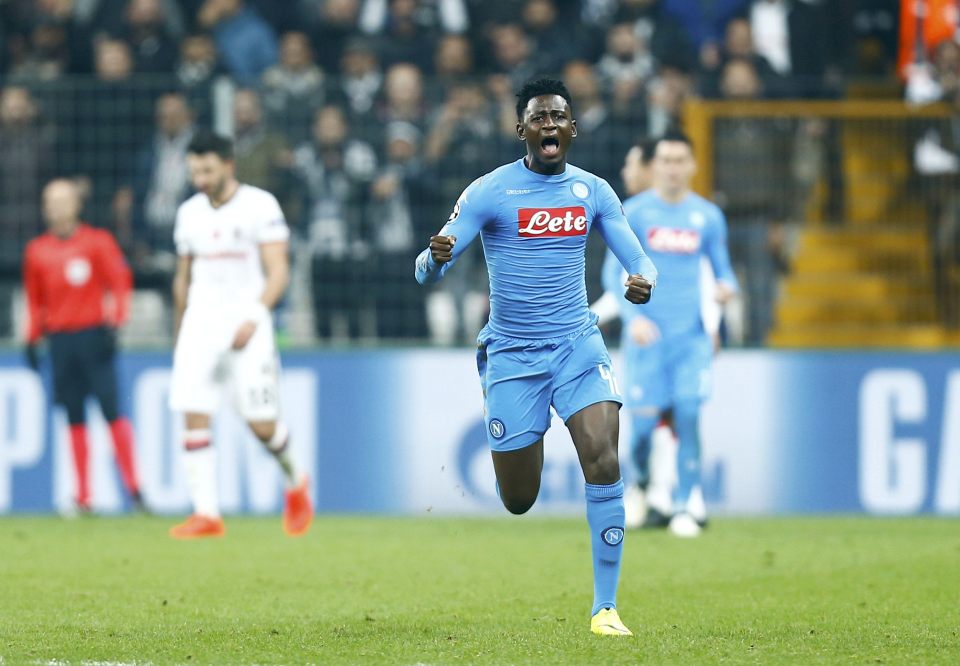 Amadou has accomplished great things within two years of career, starting from the very bottom of the Italian football to being one of the best prospects in his country right now, playing for one of the best teams in the Serie A and being looked by two of the most popular English teams. There is something magical in this kid, and not only Bologna and Napoli have seen it, but Blues and Spurs did too.

We are in front of a kid with great defensive skills, a youngster that, who plies his trade as a defensive midfielder, has shown how effectively he can intercept the ball in every game and that has also shown how good and smart he can be with the football on his feet.

Diawara can pass the ball with extremely ease, and a sample of that is overall passing accuracy of 84 percent when he was playing with Bologna. Amadou is a very tactical player, and he improved his positioning on the field by playing in one of the most tactical leagues in Europe.

Although Chelsea and Tottenham appear to be two of the favourites candidates to buy the kid, Diawara has been scouted by other important teams such as Juventus, Bayern Munich and AS Roma. We will hear things about this youngster, either he stay in Italy or he decides to move to England or any other place, but it seems like his future will take place on London.