Three replacements for Fernandinho who Manchester City can consider

Manchester City were the team to watch out for last season after they swatted the opponents aside left, right and centre to win the Premier League. They shattered a lot of records in the process as manager Pep Guardiola lifted his first Premier League title.

The likes of Sergio Aguero, David Silva, Kevin De Bruyne, Raheem Sterling, Leroy Sane and Nicolas Otamendi were some of their top performers as they helped Manchester City to achieve the feat. But one of Pep Guardiola’s most important figures, the team’s crucial cog, Fernandinho, is often overlooked.

The 33-year-old was the heartbeat of the City team that raced to the title last season. The Brazilian essayed the role of an anchor in City’s midfield trio. He protected the back-four, started attacks from the base of the midfield and offered the license to the attackers to play their game freely. He dictated the play with his exquisite passing abilities and vision, and also popped up with the odd goal.

However, Fernandinho is 33 and one of Guardiola’s most dependable performers in City colours is slowly entering the final stages of his career.

In short, the Brazilian’s legs and age are impeding him from doing the classic job of being a holding midfielder for an entire season.

Keeping that in mind, it is important that Guardiola thinks of the future and brings in a midfielder to replace the ageing Fernandinho. Here are three replacements City must consider.

Ruben Neves was a revelation in the Championship last season and picked up the league’s Player of the Year award after guiding Wolverhampton Wanderers to the title.

And Neves has managed to replicate his last season’s form in the Premier League, starting with a brilliant free-kick in Wolves’ 2-2 draw with Everton. The Portuguese is a good and promising young midfielder, who is a wonderful passer of the football. He also possesses an exceptional technical ability.

For all the qualities that Neves possesses, Guardiola must surely try making a move for the Portuguese sensation in January.

According to the Daily Star, Manchester City are interested in signing Tanguy Ndombele but have to pay Lyon’s £70m valuation of the midfielder.

Ndombele’s superb displays in Ligue 1 last season saw him become one of the top young midfielders in Europe. And the 21-year-old put in a fantastic display in Lyon’s 2-1 win over Manchester City at the Etihad Stadium in the Champions League last month.

Ndombele offers the on-ball qualities Guardiola usually wants in a holding midfielder and he could be the long-term replacement for Fernandinho.

Julian Weigl has developed into one of Bundesliga’s very best midfielders and is the player that makes Borussia Dortmund tick.

Weigl, 23, possesses enormous potential and has all the attributes to be a Pep Guardiola player. With technique, vision, composure, intelligence and game-reading skills, the young German has everything in his locker. 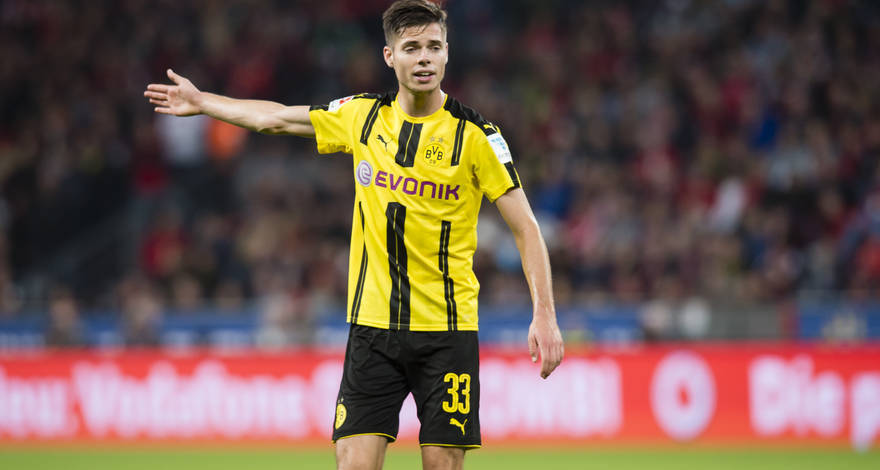 Though Fernandinho still has enough left in his legs to cope with the high workload of games this season, Guardiola must definitely try signing Weigl in January.