Why Southampton should definitely bring back Dusan Tadic

Southampton picked up their first win under new manager Ralph Hassenhuttl last weekend after routing Arsenal 3-2 at the St. Mary’s Stadium. The German has been tasked with the job to ensure the South Coast club maintain their status as a Premier League outfit.

The Saints have made a horrible start to their season which saw them languish in the relegation for a majority of the time. But Ralph has immediately come in and picked up a win which has seen them move outside the drop zone for now.

The manager definitely has to revamp the squad when the transfer window opens in January. The Saints are going to need more firepower if they are to keep up the good work under the new coach. They have often struggled to finish off chances and score goals on a consistent basis this season. 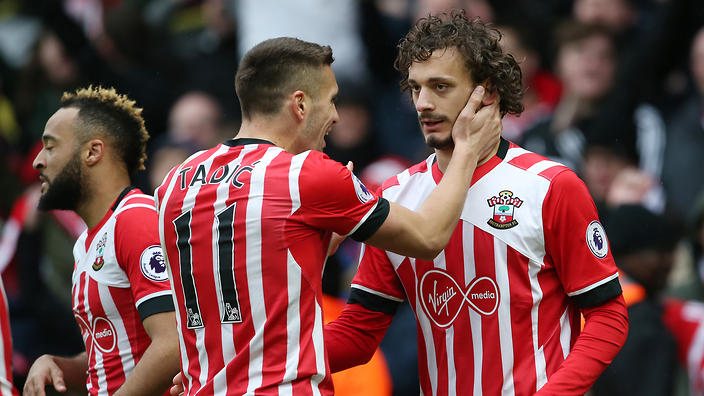 The Saints have managed just 16 goals in 17 games and that’s not the kind of tally that will keep them out of the drop zone. Ralph Hassenhuttl should consider bringing back former Saints star Dusan Tadic.

Currently plying his trade with Ajax, the Serbian represented the Saints for four years before eventually moving on this year. But he was a superb asset during his time at the South Coast and was one of the most effective midfielders in their squad.

The 30-year-old made a total of 134 league appearances for Southampton, scoring 20 goals and providing 27 assists in that time. He was one of their main sources of supply up front. The Serbian possesses flair, energy and the ability to unlock defences in the final third. (Stats courtesy – Premier League)

He is capable of playing anywhere across the midfield, thriving on the left flank the most. Tadic is superb at whipping delicious balls into the box and that should bode well under the current manager given all three of their goals against the Gunners came through headers.

The likes of Danny Ings, Charlie Austin, and Shane Long will surely receive an ample number of scoring opportunities with Tadic pulling the strings in the final third. He also possesses a very good work rate and is more than willing to surge up and down the flanks to support the defence as well.

Read more: Southampton snapping up a deal for Fulham’s promotion star would be a shrewd move by Hasenhuttl

Southampton should certainly make the move for the Serbian midfielder in January. He has impressed since his move to the Dutch league this season and will surely relish the prospect of returning to the Premier League.