Why Leicester City should loan out Hamza Choudhury in January

According to Leicestershire Live, Leicester City manager Claude Puel has hinted that he might allow 21-year-old Hamza Choudhury to leave on loan in January to continue his development in the right direction.

Choudhury was handed a rare start by Puel against Manchester City in the quarterfinals of the Carabao Cup. His lion-hearted display in central midfield was one of the few positives to take for the Foxes as Claude Puel’s men crashed out on penalties.

The highly-rated academy product was arguably the pick of the midfielders as he showed no signs of nervousness against some of the big names, including Kevin de Bruyne. He was hardly overhauled by the occasion and played his natural game.

Choudhury was an energetic presence for the Foxes in the middle of the park and he hardly put a foot in the wrong direction. High on confidence, the youngster made some good challenges and looked spot on with his passing.

To add to that, he showed some nice touches and did not lose possession easily. The 21-year-old showed high levels of stamina, tenacity and maintained the same tempo throughout the 90 minutes. 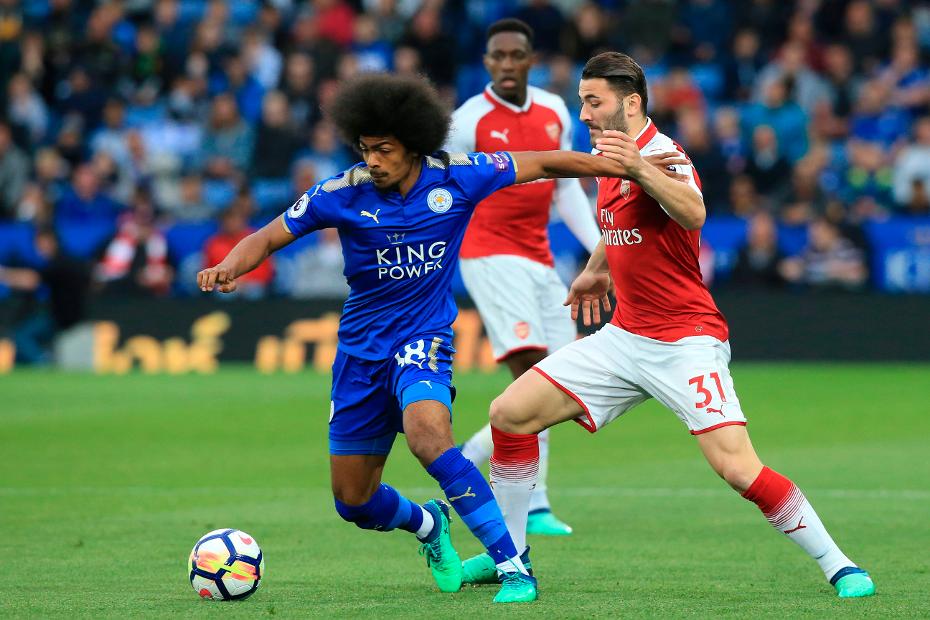 In all honesty, he showed the necessary attributes of a combative midfielder and also impressed with his positional awareness. He cut the passing lanes and closed down the spaces effectively in central midfield to stop City from wreaking havoc with their creative passing.

Born to a mother of Bangladeshi descent and a Grenadian father, Choudhury joined Leicester City’s academy in 2011 and rose up through the youth ranks very quickly. In fact, he made it to the U18 side when he was less than 16 years of age.

Choudhury was loaned out to League One outfit Burton Albion in the second half of the 2015/16 season and his loan agreement was extended by another year after his impressive performances. It was in the 2017/18 season that the starlet had his breakthrough, making 8 appearances in the Premier League and was also a part of the team that registered a famous victory over Liverpool in the EFL Cup.

Leicester decided against sending him out on loan to allow him to train with the first-team for the ongoing season. However, the talented youngster has found regular minutes hard to come by at the King Power Stadium.

The Foxes are already well stocked in central midfield with Nampalys Mendy, Wilfried Ndidi, Vicente Iborra and Adrien Silva in the ranks. Quite clearly,  it is going to be impossible for Puel to accommodate Choudhury in his first-team plans.

Read More: Who is this 23-year-old Ipswich-born striker on Leicester City’s radar? The next Jamie Vardy?

Given that Choudhury is still in the developmental stage of his career, constantly sitting on the sidelines is bound to stall his progress. With fellow academy product Harvey Barnes impressing on loan in the Championship, Leicester should send Choudhury out on loan in January to allow him to work on the flaws in his game.