Derby County forward Nick Blackman has left the Championship to join Spanish second-tier side Sporting Gijon on a season-long loan deal, as reported by the BBC.

Blackman, 28, joined Derby County from Reading in 2016 but scored just one goal in 26 first-team appearances before spending the 2017/18 season with Israeli side Maccabi Tel Aviv.

The forward has not played for Derby since May 2017 but he featured in the club’s first two pre-season friendlies against Notts County and Mansfield Town. After that, he didn’t play for the Rams and it became apparent that Blackman won’t be a part of Frank Lampard’s plans for this campaign at Pride Park.

There are high chances that Blackman won’t be seen in a Derby shirt again, with his contract expiring at the end of the coming season. Considering the 28-year-old had no future at Pride Park, Lampard has done a good job by allowing Blackman to leave the club this summer.

Blackman must now prepare himself for the next chapter of his career in the Spanish Segunda Division. He had joined Derby on the back of three decent seasons at Reading but struggled to hit the ground running at Pride Park.

The 28-year-old is an experienced forward and started his career with Macclesfield Town before stints at Blackburn Rovers, Blackpool, Oldham Athletic, Motherwell and Aberdeen. At Pride Park, Blackman never seemed close to living up to the billing, scoring a grand total of just one goal in the last two-and-a-half years. A goal in 26 first-team appearances is absolutely poor and tells the whole story of Blackman’s royal struggles in a Derby shirt.

But a loan spell with the Israeli side last season saw Blackman find his scoring boots. He netted 10 goals in 31 games for Maccabi Tel Aviv and he should aim to score more goals to get Sporting Gijon back to the La Liga next season. 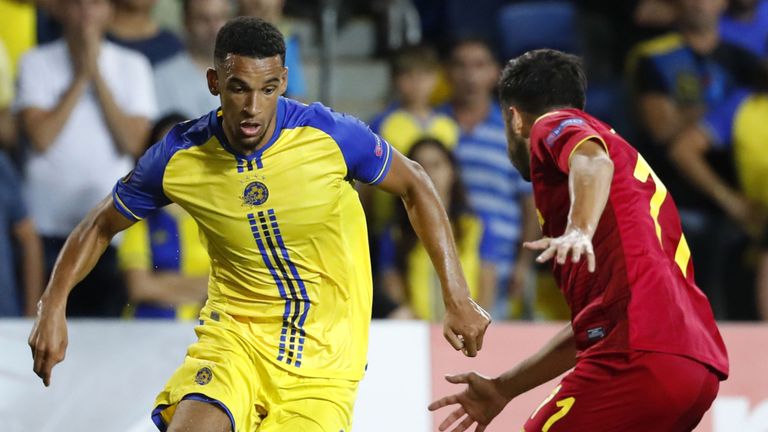 Sporting Gijon are currently stuck in the second tier after being relegated from the La Liga in 2017. They finished fourth last season but lost to Real Valladolid in the playoff semi-finals. Ruben Baraja, Sporting Gijon’s manager, should expect Blackman to replicate his form from the previous term.

Blackman is a forward who is fast on the ball and often uses his dribbling attributes to get past players. He’s also an accurate passer of the ball, with excellent distribution qualities. He would provide considerable depth and cover for Alvaro Traver, Pablo Perez Rodriguez and Neftali Manzambi. Furthermore, Sporting’s attack would certainly thrive due to Blackman’s presence in the final third.

At this stage of his career, Blackman has opted for a brave move by joining the Spanish second-tier. It is very courageous on the 28-year-old’s part to go out and test himself in a completely different style of football.