West Ham United have made a dismal start to the season, having lost all four games in the season thus far. The pressure is on the newly appointed Manuel Pellegrini.

Though the Hammers have looked dreadful in the opening stages, one new signing has caught the eye is Brazilian Felipe Anderson. The attacking midfielder was signed from Lazio this summer for a fee believed to be in the region of £42m. (The Guardian)

The 25-year-old signed a four-year contract that will keep him at the club until 2022. He was one of the leading players for Lazio last season, scoring 8 goals in 32 league games to guide the team to a fifth-place finish in the Serie A.

Anderson has looked electric in the opening four games. The 25-year-old looks determined and strongly motivated to make things happen in the final third. Every time he gets on the ball, he tries to push forward in search of producing something. 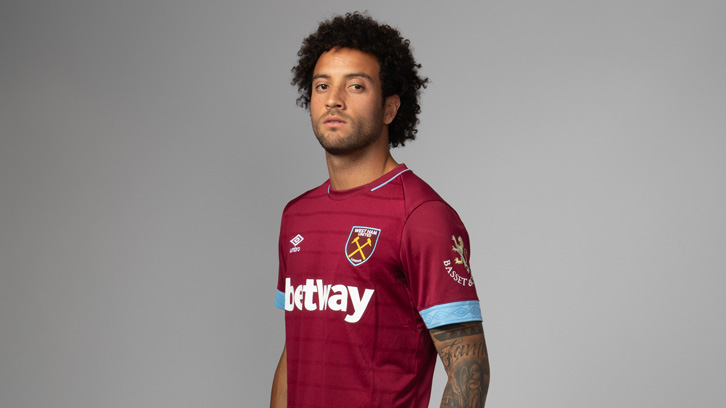 His direct running with the ball is something he likes to do, which gives a torrid time to the defenders. A happy-go-lucky player with a ball at his feet, Anderson has so far averaged 1.8 key passes and two successful dribbles per game. (Stats Courtesy – Whoscored)

The midfielder is one of the Hammers’ main threats going forward and is the focal point of their attack. Apart from striker Marko Arnautovic, it’s Anderson who has taken the responsibility to make things happen in the middle of the park.

The Brazilian has so far been deployed as a left attacking midfielder, who has also covered other areas of the pitch. He seems to be flourishing in a free roaming role under Pellegrini that allows him to surge up and down the pitch.

In the four games thus far, Anderson has picked up 1 assist and came close to scoring on many occasions. What makes him an appealing proposition is his ability to thrive in various systems and formations.

Anderson can play as a left-winger in a 4-3-3 formation, and can also be deployed right behind the striker as a central attacking midfielder.

As the international break concludes in a week’s time, West Ham United will return to the Premier League to make amends against a confident and cohesive Everton. Anderson will definitely play a key role for Pellegrini and will be the leading light for West Ham this season.