Predicted Everton line-up to face Southampton in the Premier League

Everton host their first Premier League game of the Marco Silva era on Saturday as Southampton head to the Goodison Park.

A brace from new signing Richarlison helped Marco Silva’s side bag a 2-2 draw with Premier League newcomers Wolverhampton Wanderers, and the Toffees will now look to beat a Saints side that started its new top-flight season with a goalless draw at home to Burnley.

Phil Jagielka was shown a straight red card in the game for a foul on Wolves attacker Diogo Jota and will serve a three-game ban after Everton opted not to appeal.

With Jagielka out for the next three games, Silva may call upon his summer recruits Yerry Mina and Kurt Zouma, who arrived at the club on deadline day.

Everton’s record signing, Richarlison, however, is expected to be fit for the Southampton game after limping off in the second half against Wolves.

Pickford was outstanding in the World Cup and remains the undisputed No.1 for Everton.

Coleman is yet to get up to the speed with which he usually operated before the horrific leg break. However, he is doing well and will have a big task on his shoulders against Southampton.

Everton will need to tighten up defensively if they are to meet the expectations this season and Keane will have a big part to play in that.

Zouma, one of Everton’s deadline day signings, could be thrown in at the deep end on Saturday following Jagielka’s ban.

Baines will look to continue at left-back, moving up to help the team find a goal against Southampton.

Schneiderlin will have the tasking of shielding the backline whilst also stopping the likes of Romeu and Lemina in the midfield battle.

Gueye will look to continue his relentless box-to-box work and try to keep the Southampton attackers at bay.

Walcott is sure to be a key player on Saturday as his trickery and pace could cause the Saints defence some issues.

Sigurdsson failed to live up to his billing last term but this campaign could be a massive one for him. A steady performer over the years in the Premier League, Sigurdsson would add creativity and unpredictability to Everton’s attack. 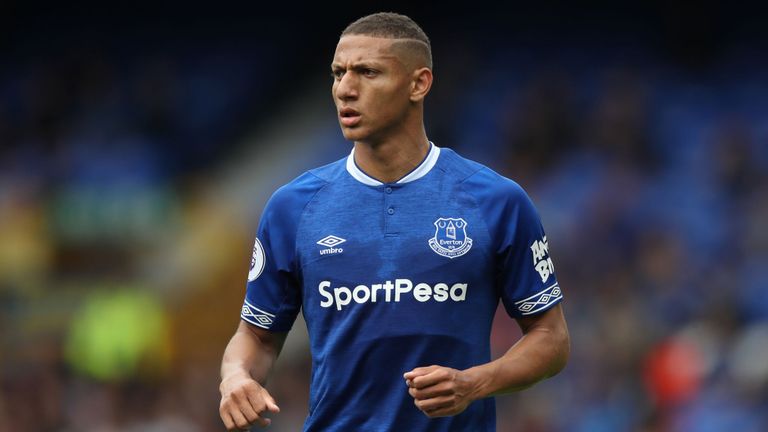 Fantastic on his debut, Richarlison appears to be relishing life with Marco Silva, and the Brazilian will now want to kick on from his fine double last weekend.

Read more: Who is this young Portuguese that has moved from Arsenal to Everton this summer? Everything you need to know

Tosun failed to do much in the previous game due to a shortage of service but he will be looking to put it behind and do well against Southampton.