Crystal Palace hosted 15th-placed Brighton in the M23 derby on Saturday. A victory to the visitors at Selhurst Park has placed them level on points with their rivals and Chris Hughton made a bold decision by dropping ex-Palace forward Glen Murray to the bench.

The decision, however, didn’t make any difference as the veteran was drafted back into the squad after Florin Andone injured himself in the warm-up. Roy Hodgson made 3 changes to the team that beat Burnley 3-1 last weekend as Guaita, McArthur and Townsend returned to the starting line-up.

After just 28 seconds into the game, Anthony Knockaert went into the book for a wild challenge on Luka Milivojevic. The Frenchman could have well seen a red and was arguably lucky to stay on the pitch.

The home team kept hold of early possession as Brighton barely got onto to the ball for the first 15 minutes. The first real chance of the game fell to Brighton in the 19th minute as a clearance fell into the path of Glen Murray, who volleyed it past Guaita to give the visitors a lead. 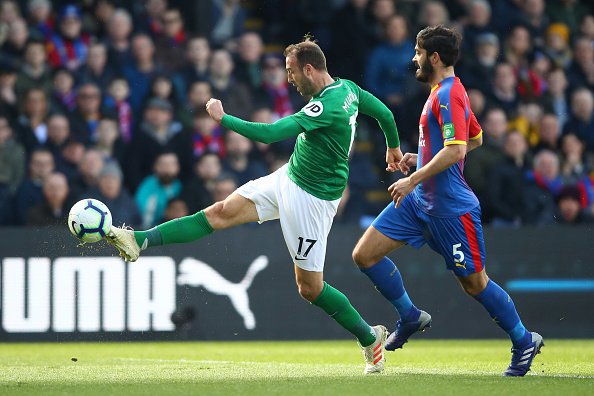 Palace continued to dominate possession but failed to create any reasonable chances in the final third. Martin Montoya was the next Brighton player to receive a yellow card after a cynical foul on Wilfried Zaha.

McArthur was the next Palace player to drive into Brighton’s half and his ball into the box was deflected into the path of Zaha, whose shot was brilliantly blocked by Dunk.

Palace continued to put the pressure on the visitors as Scott Dann’s header off a corner was cleared off the line by Montoya before Schlupp’s bicycle kick went wide. Chris Hughton’s men managed to hold off the pressure and went in at the break with a 1-0 lead.

A bright start to the second half for the hosts as Andros Townsend was tripped in the box and the referee pointed to the spot. Skipper Luka Milivojevic stepped up and buried the ball in the back of the net to level the game.

Brighton continued to look solid at the back and limited all off Palace’s attacks before it reached the box. Milivojevic seemed to be a target for Brighton as most of their fouls were on him.

Glen Murray was the next to foul the Serbian and was booked. The Palace skipper tried his luck from outside the box but his shot went wide.

The Seagulls, however, regained their lead with an absolute belter from Anthony Knockaert from outside the box. The splendid goal turned out to be his last contribution as he was immediately replaced by Solly March. 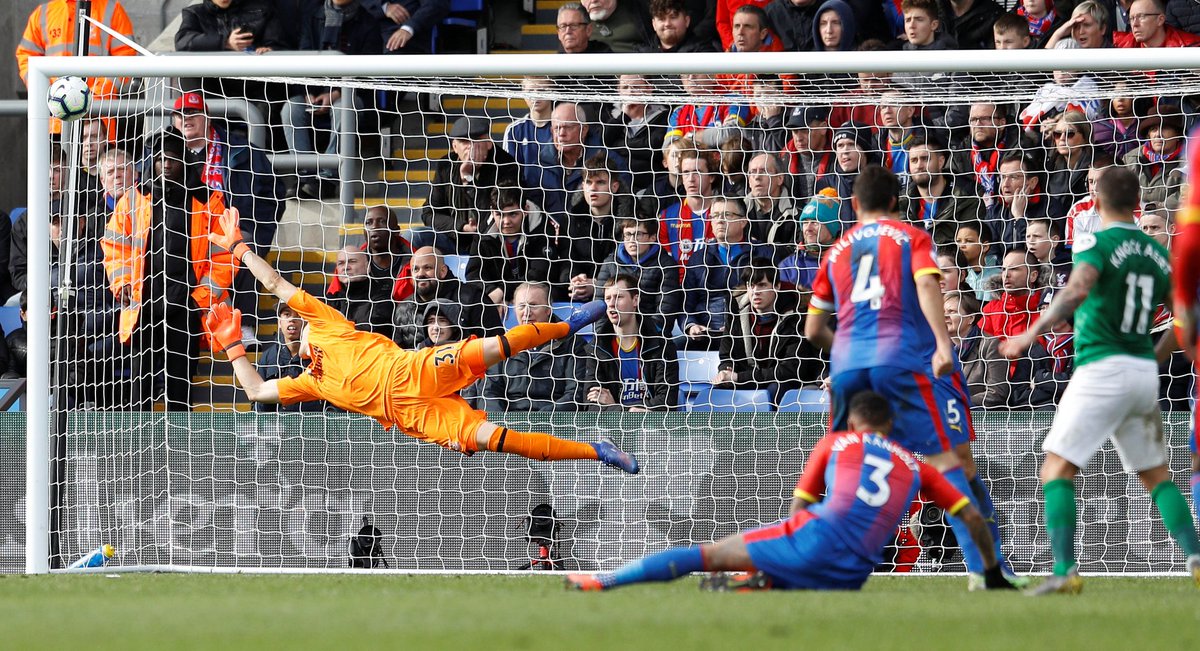 Hodgson reacted instantly as he brought on Max Meyer and Christian Benteke in place of Andros Townsend and James McArthur. Hughton’s game plan looked to have been on point as Palace found it extremely difficult to break them down.

Scott Dann received a yellow card in the 89th minute after a foul on Solly March. Palace’s desperate attempt to find an equaliser opened up a lot of space for Brighton but the visitors were content to slow the game down instead of trying to find a third.

Brighton made a change with literally seconds to spare as Locadia came on for the last 10 seconds. Palace won a corner in the dying moments of the game but couldn’t hurt the visitors and Chris Hughton’s men took home the 3 points after a brilliant defensive performance.

Here is how Brighton fans reacted on Twitter after a fantastic victory:

Brilliant result–8 Points clear of the relegation zone, and a sensational goal to watch on MOD!!

Dunk MOTM. Solid game today. Defended well and played well when on the ball. Get in!

Can we play you every week? Thanks for the 6 points 😀