Aston Villa will return to the Premier League after a well-deserved 2-1 victory over Derby County in the playoff final. Anwar El Ghazi and John McGinn’s goals in either half secured the spot in the top-flight next season.

The opening exchanges were scrappy but Villa saw most of the ball. Jack Grealish’s corner in the fifth minute was made a meal of by Derby’s defenders and the ball fell to Tuanzebe who had a wild swing and missed the ball completely.

Kelle Roos’ clearance fell straight into the feet of a Villa player on the halfway line who picked Grealish on the edge of the box but his shot went high and wide. 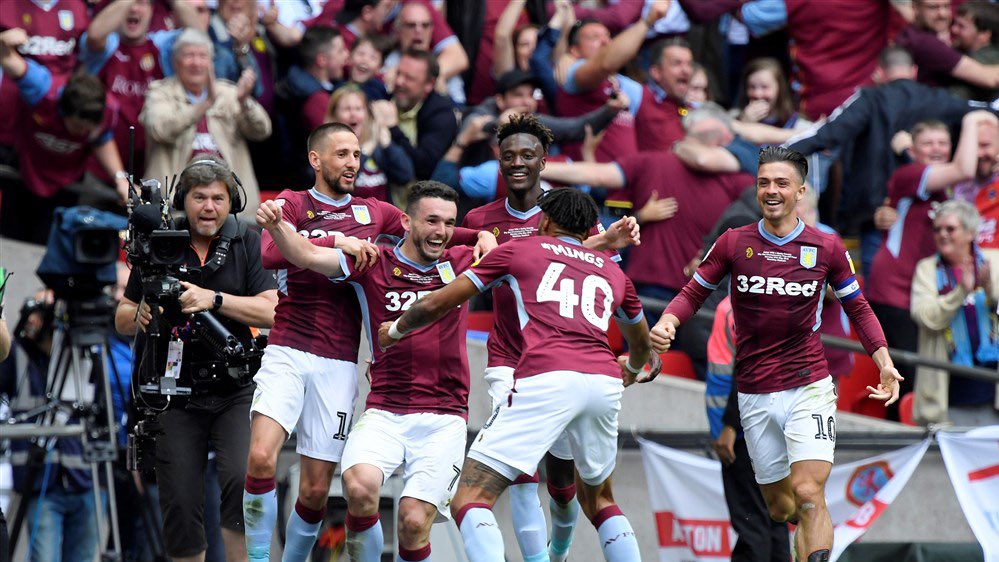 El Ghazi drove past Bogle and whipped in a cross which was headed clear by Huddlestone inside the box. It was all Villa at this moment and Frank Lampard’s side found it very difficult to get on the ball.

Bogle went past El Ghazi this time and crossed it in front of the face of goal but Bennett’s dummy found nobody. Ahmed El Mohamedy whipped in a corner and the clearance fell into the path of McGinn but his low, hard shot went wide.

Bogle remained Villa’s main attacking threat down the right flank and he combined with Wilson, whose cross was comfortably received by Jed Steer in what was his first touch of the ball. 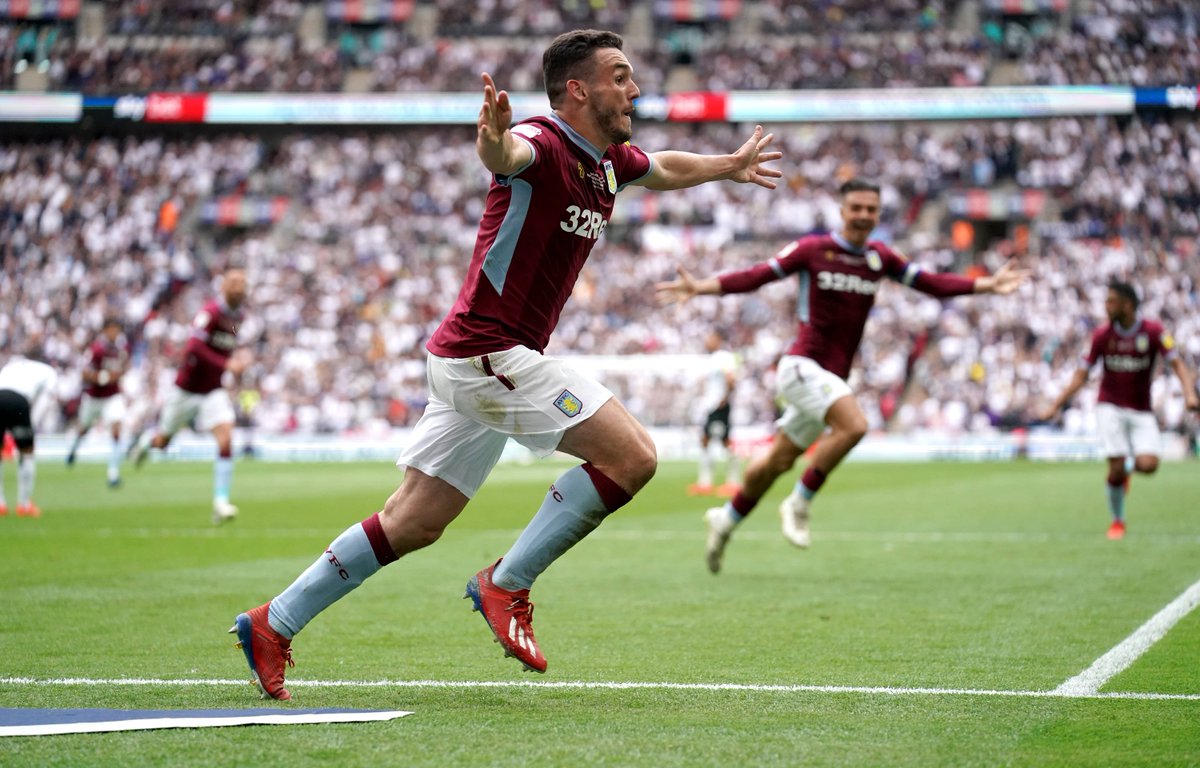 El Ghazi was the first player to go into the referee’s book after pulling Bogle back. Abraham’s first chance of the game came in the 33rd minute but his attempted curler went wide.

Mason Mount had a pop from 25 yards out but it was straight at Steer. Grealish set El Ghazi through on goal but the flag went up for offside. Replays showed that Cole was playing him onside. Huge let off for the Rams.

Richard Keogh was left unmarked in a corner but his header missed the target. The defender should have done better there. Villa finally took the lead as El Ghazi got himself at the end of a cross and his diving header went past Roos. 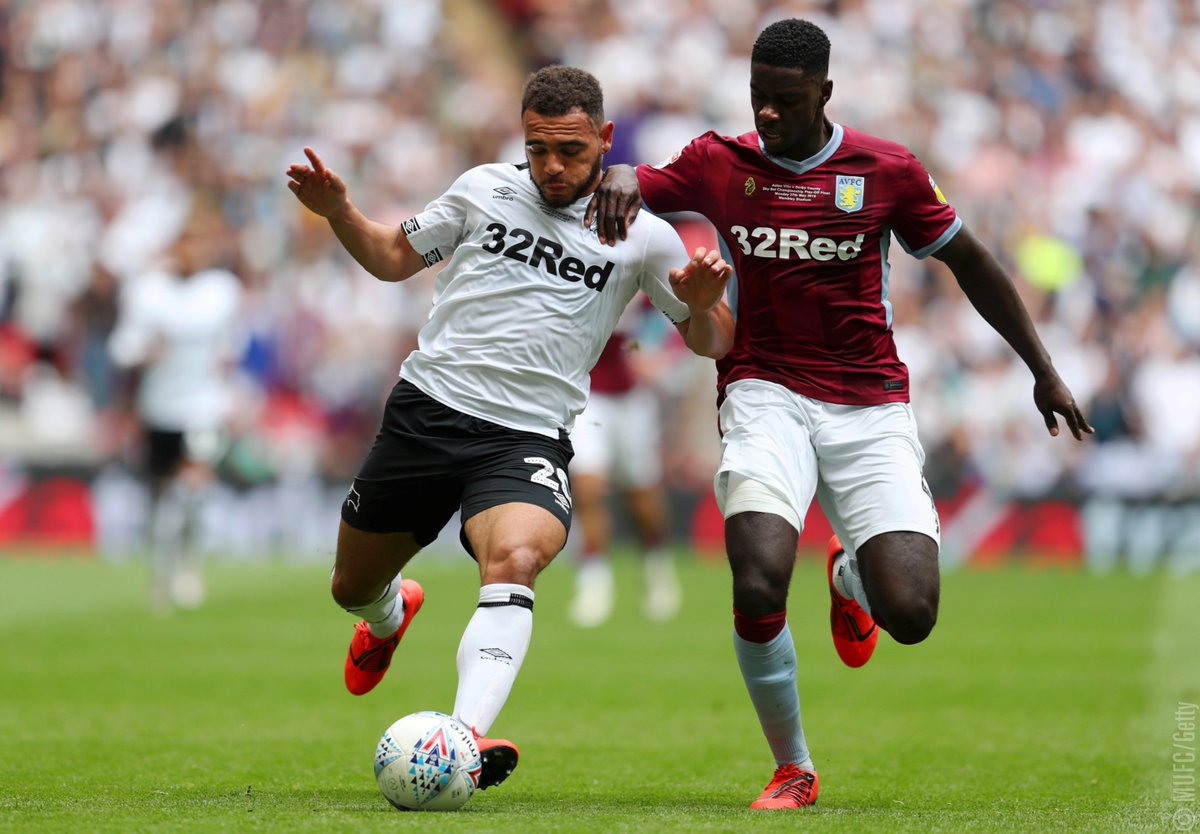 The goal was the final meaningful action in the half as Villa went in at the break with a deserved lead.

Mason Bennett cynically pulled down Tammy Abraham but the Chelsea man quickly got back on his feet to charge goalwards but the referee, much to the anger of Villa, pulled it back for a free-kick. 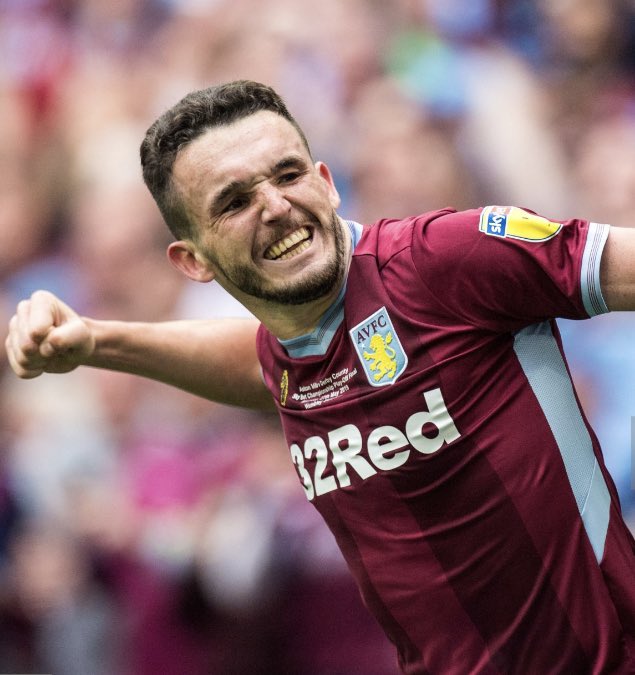 A poor piece of goalkeeping from Roos allowed McGinn to take full advantage and double Villa’s lead. Dean Smith’s side had one foot in the Premier League at this point.

Tom Huddlestone was replaced by Jack Marriott as Frank Lampard looked to get back in the game. Villa had a huge shout for a penalty after Keogh pushed El Ghazi to the ground but the referee waved play on.

Martyn Waghorn replaced Mason Bennett in the 68th minute and Florian Jozefzoon came on for Tom Lawrence a few minutes later as Lampard played all his cards. 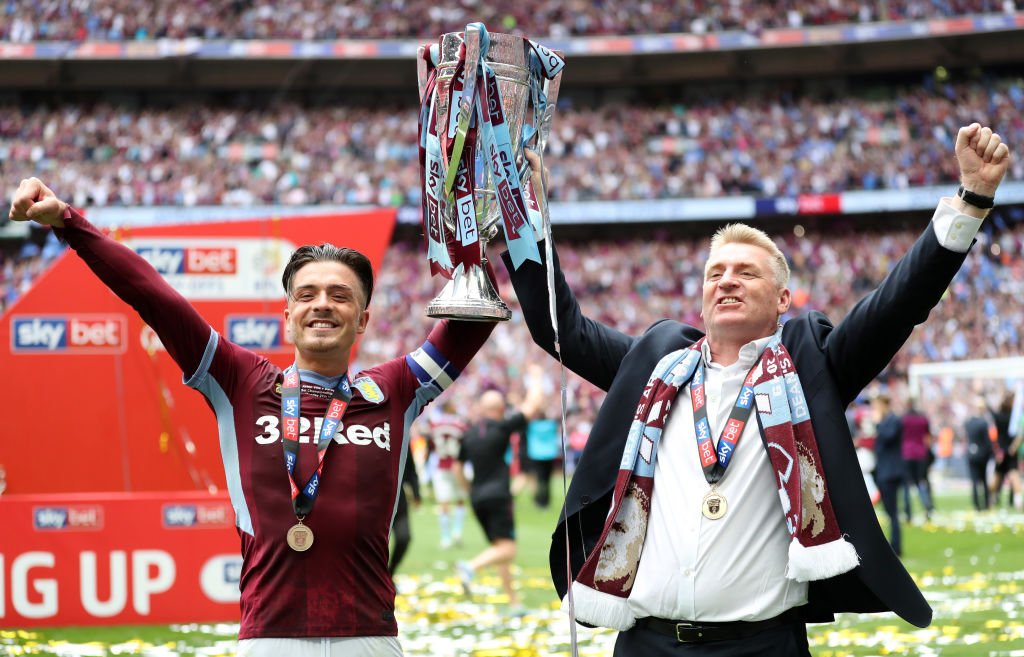 The substitution worked as Jozefzoon crossed the ball into Bogle whose deft header found Marriott who finished brilliantly to pull a goal back with 8 minutes left to play.

Replays should that Marriot’s strike took a touch off Waghorn who was rightly credited with the goal. Tyrone Mings was replaced by Hause after an injury during the goal.

Harry Wilson got a yard of space to shoot on a counter-attack but the Liverpool loanee gave Taylor time to close him down and the chance was wasted. An excellent passing move by Derby saw Wilson chip a ball into the box but Steer plucked it out of the air, much to the joy of Villa fans. 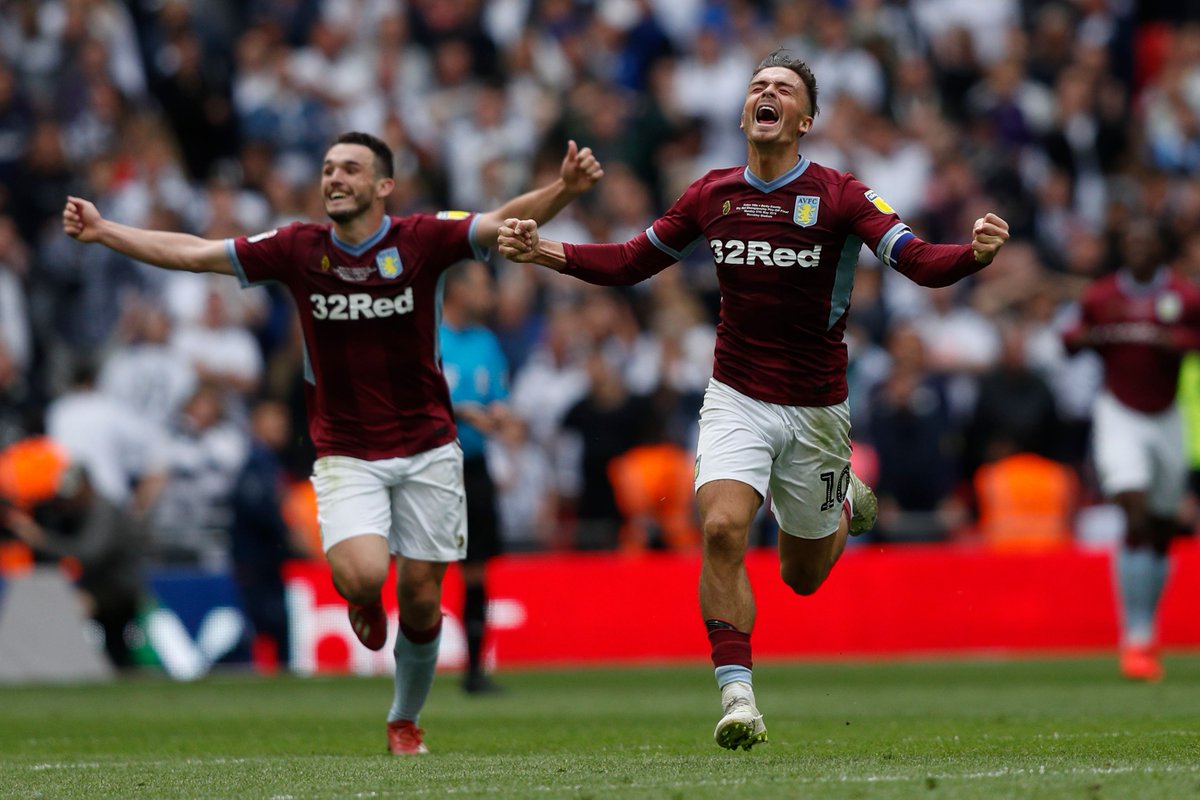 The full-time whistle was greeted with a huge cheer by Villa fans as they now make their way into the Premier League next season.

Here’s how the fans reacted to the brilliant victory: