Manchester City went a step closer to retaining their Premier League title after a hard-fought 1-0 victory against Burnley on Sunday. Sergio Aguero’s second-half strike was enough for the champions to retain their top spot ahead of Liverpool.

The hosts started off the game well with their four-man midfield looking dominant. Ashley Barnes found himself in a good position for a cross but he was flagged offside.

Oleksandr Zinchenko brilliantly switched the play to Walker on the right flank, whose ball to Sterling was well controlled before running it out of play on the right side.

Pep Guardiola’s side began to find their feet and Kyle Walker looked dangerous on the right flank. Burnley pinged a long ball towards Barnes but the striker found himself offside again.

The hosts had a huge shout for a penalty turned down after Barnes played the ball against Kompany which looked to have struck his forearm.

They had another huge chance to open the scoring after Kyle Walker slipped on the ball to give Burnley the possession but a ball into Wood’s feet was ruined by him after a heavy touch.

Despite the dominance in possession, City failed to break down a stubborn Burnley side and Pep Guardiola looked tensed on the touchline. Aguero had a pop from about 25 yards but it drifted a couple of feet wide. 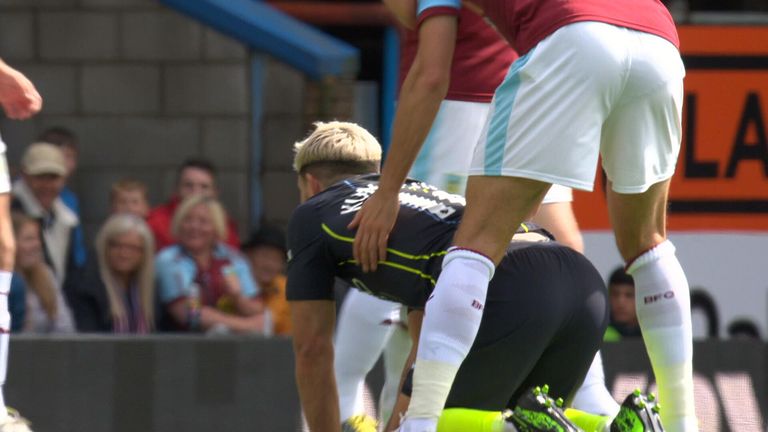 An uninspiring half from the defending champions came to an end as Dyche clearly walked into the dressing room as the happier of the two managers.

City started off the second half on the front foot with Aguero getting on the end of a ball into the box but his fierce strike was well saved by Heaton. The visitors had a massive shout for a penalty denied after Silva’s shot clearly struck Barnes’ arm but the hosts survived.

Burnley made a huge mess of another ball into the box where the ball ricochetted off players multiple times before it fell into the path of Bernardo Silva, whose shot was straight at Heaton.

City finally opened the scoring in the 63rd minute after Bernardo Silva curled a ball into the box and Aguero’s shot looked to have been cleared off the line before goal-line technology confirmed that the ball had crossed the line.

Leroy Sane was replaced by Gabriel Jesus minutes later as City slowed down the tempo. The substitute had a huge chance after a brilliant touch to get himself away from the defender but his right-footed strike was successfully cleared off the line this time by Ben Mee.

Pep Guardiola completely slowed the game down to retain possession and he even brought on John Stones and Otamendi in place of Aguero and Sterling to finish off the game. 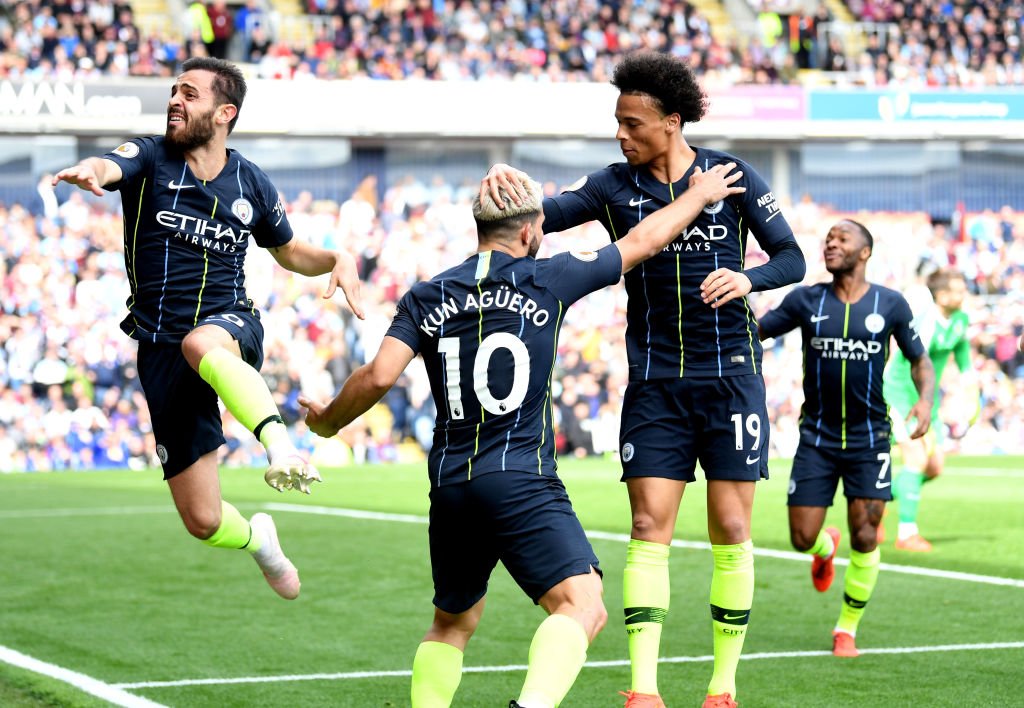 City successfully held on to take home all three points and here’s how their fans reacted to the victory after the game: