Tottenham Hotspur continued their fine run in the Premier League with an emphatic 5-0 drubbing of Bournemouth at Wembley on Boxing Day.

The victory took Mauricio Pochettino’s men to 2nd place in the standings, with Manchester City suffering a 2-1 defeat away from home against Leicester City.

Bournemouth started the game the brighter of the two teams and had a couple of good chances to open the scoring. Jefferson Lerma’s lobbed pass found David Brooks in a one-on-one situation with Hugo Lloris but the star of the last game failed to chip it over the goalkeeper.

However, Tottenham drew first blood much against the run of play, with Christian Eriksen putting the hosts in the driver’s seat with a deflected shot past Asmir Begovic. The Lilywhites soon found the second, with Kyle Walker-Peters laying it off for Son Heung-Min, who found the net with a clinical finish.

The Cherries faded away from the game as Spurs stamped their authority with some free-flowing attacking football. Walker-Peters was once again in the thick of things and the youngster found Lucas Moura with an accurate cross from the right who slotted the ball past Begovic to make it 3-0. Bournemouth had a chance to pull one back through Charlie Daniels but his header was kept out by Hugo Lloris. 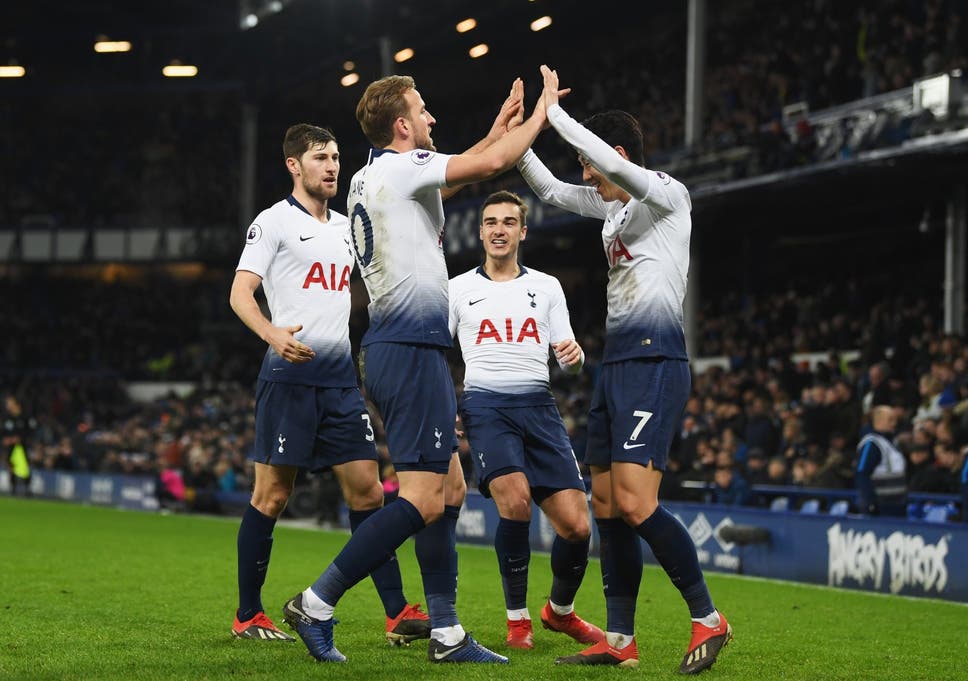 With the game already dead and buried, Tottenham pushed forward in numbers to turn a victory into a whitewash. Christian Eriksen proved his worth as a playmaker, finding Harry Kane’s run with an exquisite lobbed through ball for the talisman to net the fourth of the evening. Son Heung-Min added a fifth in the 70th minute to cap off another rampant display by the north Londoners.

Bournemouth slipped to 11th place in the standings as a result of the defeat, while Spurs will be in high spirits when they play host to Wolves on Saturday.

Here’s how the Tottenham fans reacted to the brilliant 5-0 win:

Still underrated and disrespected. Who would have thought that no signings and no home ground we’d be sitting second at the half way stage of the season and playing beautiful football. 👏👏👏#COYS #TOTBOU

Mauricio Pochettino is the best manager in the league, at this very moment. No two thoughts about it. #TOTBOU

3 – Tottenham have scored 3+ goals in the first half of consecutive Premier League games for the first time, with Liverpool in November 2016 the last side to do in the competition. Rampant. #TOTBOU

Enough of @ManCity and @LFC… We need to talk about Tottenham!
No signings in the summer
No place to call home
In the Carabao Cup final
Above us into 2nd place
Raping teams like Everton and Bournemouth#MassiveRespect#TOTBOU