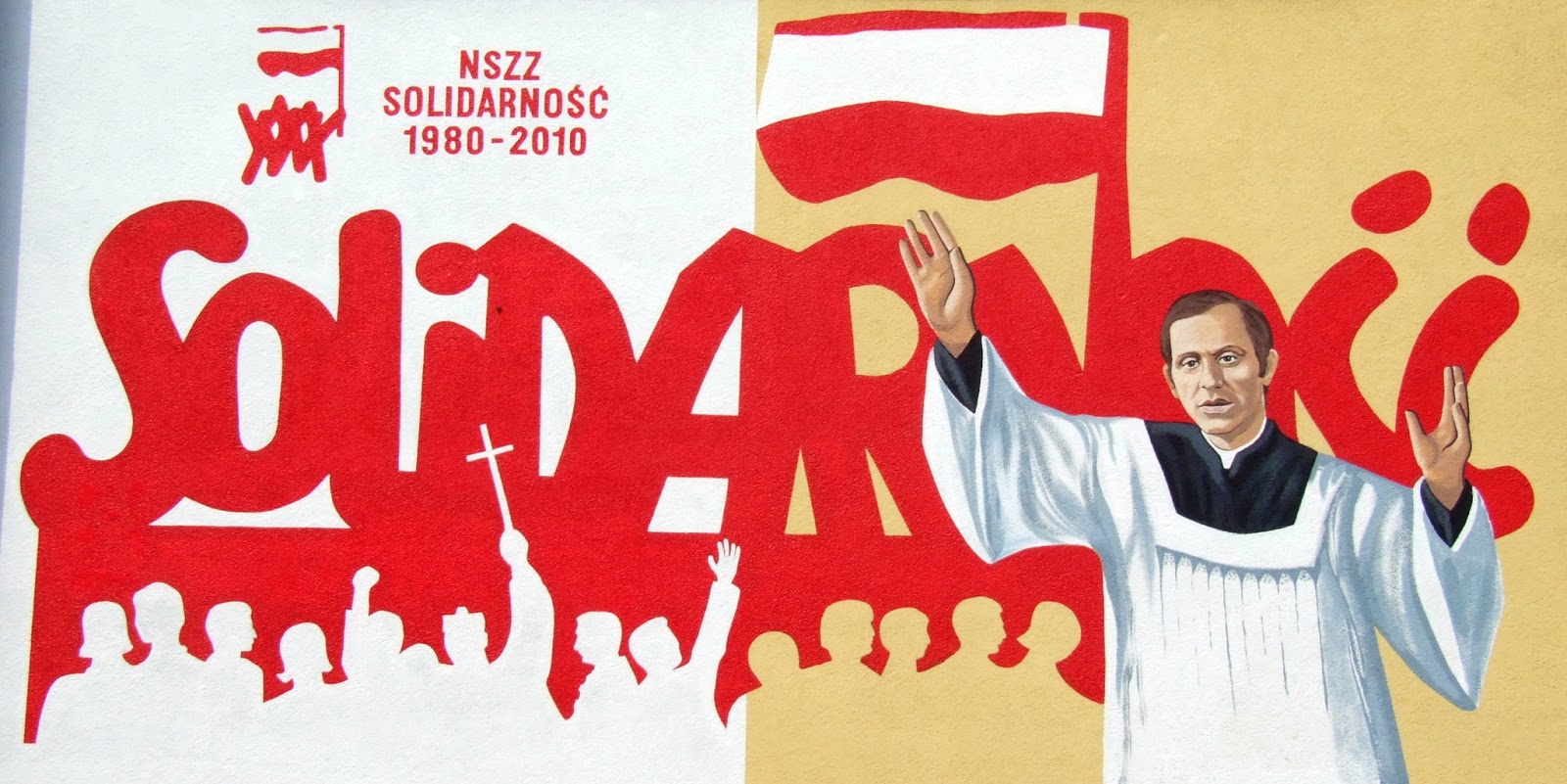 Poland in 1980 was a country where revolution was growing.  In the grip of a communist regime since the Second World War, and mainly ruled from Moscow, many citizens had begun to fight back. 1980 was the year of ‘Solidarity’ and strikes in various shipyards, namely Gdansk in the north, was frowned upon by Moscow.  This eventually forced the government, headed by General Jaruzelski to declare martial law and have the leaders of Solidarity arrested. 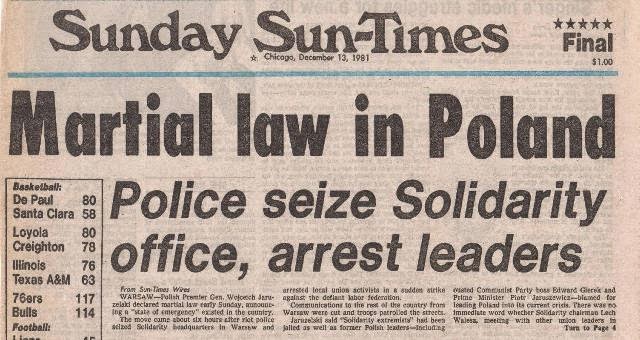 In the midst of this the Poland national team embarked on their campaign to qualify for the World Cup 1982 in Spain.  They were drawn into a 3-nation group with East Germany and Malta.  Their campaign was to begin in December 1980.  At the time, Poland was considered one of the best teams around. Third place finish in World Cup 1974 and a place in the Second Phase in 1978 had them ranked 6th in the world.  Their first game in the qualifying section was a trip to Valetta to play Malta on 7th December.  Poland manager,Ryszard Kulesza, had named his squad and arranged they were going to attend a training camp in Italy and then a warm-up game against a representative side from the Italian League.  The team was to depart on 29th November and stayed in a hotel in Warsaw the night before.  Late in the evening, three players left the hotel without Kulesza’s permission and went to a restaurant.  The three players, goalkeeper Jozef Mlynarczyk, and strikersWlodzimierz Smolarek and Andrzej Iwan, met a journalist at the restaurant and proceeded to drink.  The journalist was apparently a friend of Mlynarczyk’s and his wife had left him to move to Italy and as Mlynaczyk had recently played in Italy with his club, Widzew Lodz, the journalist was hopeful the keeper might have something interesting to tell him.  So he kept them plied with drinks.

Mlynarczyk then returned to the hotel around 7am, by which time he was in no condition to even carry his own bags.  Kulesza’s assistant, Bernard Blaut, then told Mlynarczyk he would have to stay behind.  Several of the players reacted angrily, including Polish star-player,Zbigniew Boniek, defender Wladyslaw Zmuda, striker Stanislaw Terlecki and Smolarek. There was almost a fight and then the team left, without their main keeper.  Terlecki then decided he was going to drive the keeper to the airport and force the management to put him on the plane.  Polish cameras were at the airport and Terlecki did his best to try and disrupt their opportunity of taking pictures, which clearly made the situation worse as they began to get concerned there was something very wrong.

Kulesza, fearing a mutiny amongst the players, eventually relented and allowed the keeper onto the flight.  The press had soon worked out what the problem was and soon labelled the rebellious players who’d supported Mlynarczyk “the gang of four”.  The main instigator seemed to be Terlecki, who was a well-known ‘troublemaker’ in the eyes of the communist authorities.  Remember, Poland was part of the communist Eastern Europe, yet Terlecki was a well-known anti-communist.  He’d made several unsuccessful attempts to start up a players’ union, and saw this as an opportunity to defy the establishment some more and once in Rome, he arranged for the players to meet the Pope.  Pope John Paul II was born in Poland and so was happy to oblige.  This was the final straw, as far as the authorities were concerned, and they sent the four players home.

Terlecki, Boniek, Zmuda and Mlynarczyk were four of their best players, and so the team took on Malta without them.  But the drama didn’t end there. 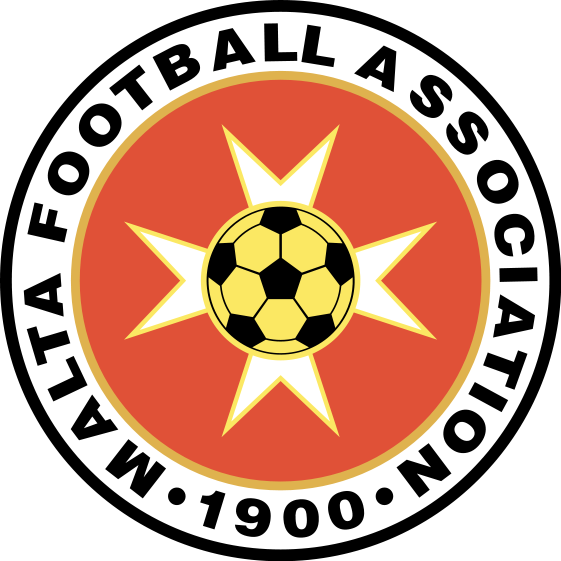 Malta had always been considered one of world football’s minnows. Played its first international game in February 1957 when they met Austria at home in Gzira, and began a qualifying tournament for the first time in 1962, in the European Championship qualifiers.  Their first World Cup qualifier was in 1971.  It wasn’t until 1975 when they finally won a match, beating Greece 2-0.

The problem with the Gzira stadium was that it was furnished with artificial turf.  Finally in 1980 Malta built their own stadium at Ta’ Qali, with proper grass.  However, a dispute between Maltese Football Association (MFA) and the Ministry of Sport meant the ground still couldn’t be used when the qualification campaign began for World Cup 1982.

Because of the dispute, the game had to be played at the old Gzira Stadium.  This was the same stadium where Malta had held the mighty West Germany in a European Championship qualifier in February 1979.  Malta’s last international was also against West Germany, when they were beaten 0-8 in Bremen.   A decent crowd of 5,555 turned up to cheer the locals on. Poland began well and were soon creating chances, but just couldn’t convert them.  Malta managed to give a good account of themselves and the first half ended goalless.

10 minutes into the second half, Smolarek turned in a ball played across the area and the Poles were 1-0 up.  Malta recovered well and Fabri probably should’ve done better when he headed over the bar from a good position.  But soon after that it all ‘kicked-off’.  The ball was played through to Lipka, who seemed to be in an offside position.  The linesman flagged and the defence stopped, and Lipka even appeared to guiltily roll the ball into the net as if he was expecting the whistle to blow.  But to everyone’s amazement the referee, Yugoslavian Dusan Maksimovic, awarded the goal.

The Maltese players surrounded the referee, protesting the decision.  The home fans were incensed and started to let the referee know, in no uncertain terms, what they thought of his decision.  Pretty soon, stones and other missiles were thrown onto the pitch, and also at the linesman, who was certainly not at fault.  The referee attempted to come over to the area of trouble, but received the same treatment.  Eventually, he re-started the game. Poland’s Dziuba and Malta’s Fenech were booked and the crowd finally lost it completely with missiles being thrown at anyone and everyone.

MFA President, Giuseppe Mifsud Bonnici then came onto the pitch to try and calm things down.  The referee was adamant the game couldn’t continue until calm had been restored. Bonnici appealed to the crowd, knowing the trouble could bring a ban from FIFA and Malta didn’t have another stadium to use at that stage.  No one listened.  Instead the rained their objects down on the Polish bench and the Malta coach, Victor Scerri, ushered the Poles to the centre circle where they were out of the firing line.

Eventually the referee had no option but to call the game off.  This didn’t stop the trouble and it would take him a further half an hour to reach the safety of the dressing rooms. Fearing the worst, Malta had to face FIFA to see what repercussions would come their way. They faced a hefty fine and the possibility they would not be allowed to use the Gzira Stadium for their next match.  There was also the possibility they’d have to play their next match behind closed doors.  Either way, none of this was particularly palatable for an association short of money.

In the end, FIFA was much more lenient than expected.  They banned Malta from playing their next international at the ground, forcing the MFA to choose a venue in Sicily for their next match.  The game was awarded to Poland, despite 13 minutes still to be played.

The Ta’ Qali Stadium wouldn’t be used until December 1981.

But that still was not the end of the story, as the four Polish players had to learn of their punishment.  The Polish FA then held an investigation into the happenings of 29thNovember.  The four players gave their accounts of what happened, along with Kulesza and Blaut.  Only Kulesza and Blaut’s versions were accepted as true.  Terlecki and Boniek were barred from the Poland national squad for a year, and Zmuda and Mlynarczyk for eight months.  Smolarek received a two-month ban, with a six-month suspension period.  The ban also stopped them playing for their clubs sides too.

Kulesza, who had originally been in favour of Mlynarczyk being sent home, was so angry with the severity of the players’ punishment he immediately resigned.  He had been part of the coaching set-up within the national team from 1976, taking over from Jacek Gmoch after the last World Cup in 1978.

The player’s clubs, Widzew Lodz and LKS Lodz were also astounded by the goings on and even threatened to withdraw from the league to set up their own, but later thought better of it.  Despite being without Boniek, Mlynarczyk, Zmuda and Smolarek, Widzew Lodz managed to win the League title, their first ever.

Antoni Piechniczek replaced Kulesza as national team manager, Mlynarczyk, Boniek and Zmuda had their bans cancelled early with Mlynarczyk and Zmuda in the team for the 1-0 win over East Germany in May 1981, while Boniek returned to the side in September against West Germany.

Terlecki never played for Poland again.  He also stopped playing professional football in his home country, preferring to concentrate his efforts on the struggle against communism which was growing throughout the country around that time.  He eventually emigrated to USA in June 1981 where he got involved in Major Indoor Soccer League.

Poland won their qualifying group, winning all their matches, and performed well in Spain, reaching another third place. 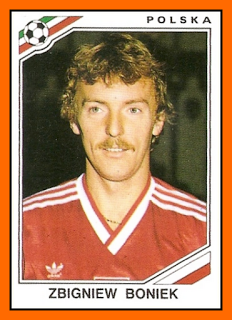 Boniek would become one of the best players in Europe, joining Juventus in 1982 after the World Cup.  Pele later named him in his list of 125 Greatest Living Footballers, and FIFA selected him in their list of 100 best ever players. 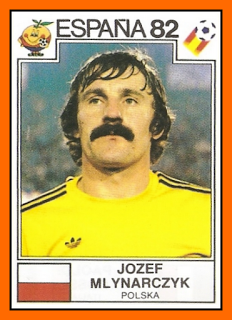 Mlynarczyk performed admirably in the finals in 1982 and 1986.  In 1984 he moved from Widzew Lodz to Bastia, in France and then onto Porto, where he was part of their European Cup winning side in 1986-87. 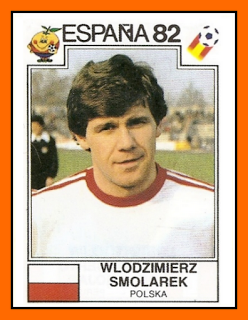 Smolarek, also played in 1982 and 1986 finals.  He was capped 60 times by his country and left Widzew in 1986 moving to Eintracht Frankfurt before finishing his career in Netherlands.  His son, Euzebiusz currently plays in Germany with Borussia Dortmund. 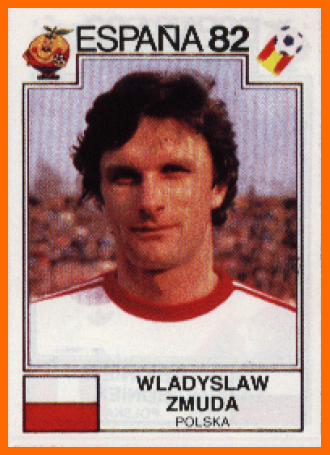 Zmuda was a member of the Polish squads for 1974, 1978, 1982 and 1986 tournaments.  His 21 appearances in the finals is joint third in the list along with Diego Maradona and Lothar Matthaus.  He played 91 times for his country and in 1982 left Widzew to move to Hellas Verona, in Italy and then onto New York Cosmos.

Piechniczek continued to manage Poland through the 1982 tournament and onto the 1986 finals.  After a brief stint at domestic level with Gornik Zabrze, he then moved to Tunisia and UAE, before returning as Poland manager for a year in 1996-1997. 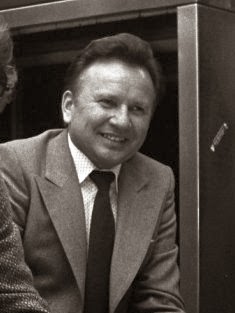 Kulesza went to manage Tunisia after leaving Poland and then onto Morocco, before returning to Poland in the late 1980’s.  He became an activist of the Polish FA, actively fighting corruption.