With the World Cup set to begin in two days, its perhaps the first time that off field absentees and injuries which have dominated the headlines going into the showpiece event. While key stars for their respective sides like Cristiano Ronaldo, Arturu Vidal and Luis Suarez entering the tournament with major injury issues, the World Cup in the eyes of the Ghanaian witch doctor looks certainly cursed.  With just two days remaining for the greatest show on Earth, we here at Soccersouls decided to provide our readers witch an injured absent eleven who will be far way from hogging the limelight in Sambaland. 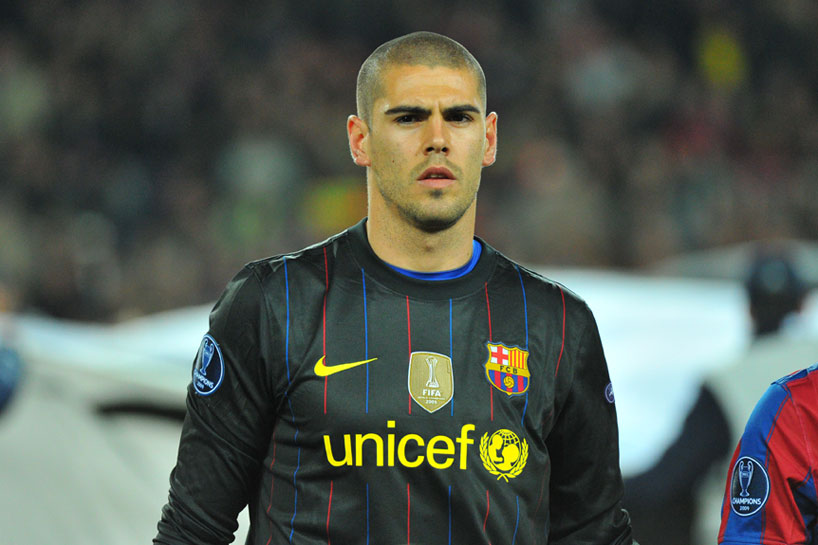 Victor Valdes – The Spaniard did outperform reserves goalkeepers Pepe Reina and David De Gea, Valdez wouldn’t have anyway featured in the World Cup as the spot belongs to Real Madrid’s captain Iker Casillas. Valdez though is a free agent this summer and with the arrival of Marc Andre Ter Stegen, at the Camp Nou, the 32 year old’s career is over at the Catalan club.

While a majority of full backs will hone their skills in the one month long tournament, two certainly well talented players miss out the action. Everton Brian Oviedo will be a huge miss for Costa Rica as the Everton left back suffered a double leg fracture in the premier league after earlier  making an impressive start to the season. PSG’s Gregory van Der Wiel who impressed for the French Champions in the Champions League group stages will also be missing out for Louis Van Gaal’s Holland. Versatile Australian defender Ryhs Williams who can play either as a centre back or a right back too will have to watch the action from the sidelines. Ghanain Geremiah Akaminko too will have to sit out  but the Eskişehirspor defender doesn’t make our squad as we have gone with a 3-4-3 formation.