Manchester United grabbed a big win against an out of sorts Huddersfield Town to get back on track. They responded in style by scoring two goals, the first from the left boot of Romelu Lukaku when he broke the deadlock in the 55th minute.

The seal came with a penalty, which Lossl saved but Alexis Sanchez converted from the rebound. After a dismal display against Tottenham, the home side created chances after chances, completed over 750 passes and barely let the Terriers have a sniff at goal. A possession of over 74%, 7 shots on target in contrast to Huddersfield’s none and 8 shots inside the box clearly illustrates the dominance from Jose’s men.

Was barely called upon to make a save. Otherwise, De Gea was a typical spectator. Fine distribution.

Very good in the air and was good when he came off his line to cut out early danger. Otherwise, wasn’t disturbed much.

He complemented Smalling and offered a lot in the box to win the first ball and play the long ones. Rojo spent some time forward too.

A real attacking threat and a hard working performance by Shaw. He won aerial duels and cleared the ball well.

The 21-year-old didn’t let the heat of the occasion get to him and impressed in the midfield. He always looked optimistic with the ball at his feet.

That’s the way to get back to form! Matic broke the play many a time and was disciplined at the back. His passing too was satisfactory.

Set up Lukaku’s first goal by wrapping his foot around the ball. Mata was at his creative best. He was involved in almost everything that happened in the final third. 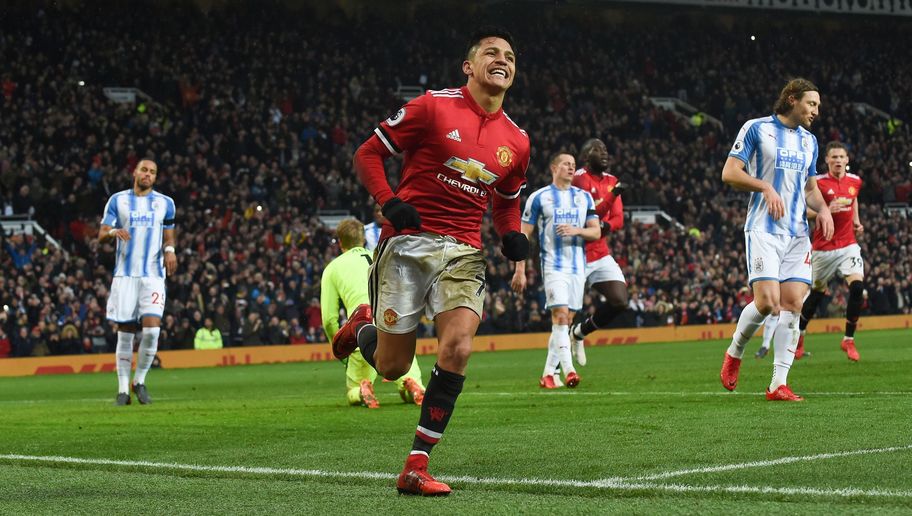 Couldn’t quite show his class today. He was lacklustre and lost the ball a few times. His movement was decent though.

He was everywhere! Whether he came deeper to receive the ball or advance forward, Sanchez just never gave up. His sleek, confident passing left the Huddersfield back line clueless. Sanchez took his goal and made one fantastic home debut for his new club. His dribbling was a treat to the eyes.

A bit static at times, wasn’t fast enough to run into the box. However, his goal was well-taken as he got a lot behind it. Also, Lukaku’s touch looked much better.

Showed superb strength, which helped him get past players as though they were pawns. He muscled his way through and created chances.

Operated from the left, couldn’t quite cut inside like he wished to but was very good with his passing inside the box.

Decent cameo, could have taken a shot on goal but decided to pass it to Sanchez.