Liverpool’s incredible Champions League run had a massive test tonight when they hosted AS Roma at Anfield in the semi-final first leg tie following a comprehensive win over Premier League counterparts Manchester City in the previous round.

Roma, however, knocked down the giants one after another and their sensational 3-0 win over mighty Barcelona earned them the prestigious slot in the Champions League semi-final.

The game, however, turned out to be an electrifying encounter as a 5-0 lead placed the Reds on the driving seat. Salah scored two and assisted two before Milner’s inch-perfect set-piece delivery took Liverpool to 5-0.

However, two late goals from Roma made it 5-2 and they now have to replicate a similar show as they did against Barcelona by winning the second leg 3-0 at Stadio Olimpico next week.

Here’s how the Liverpool stars fared on the night.

Almost troubled his side in early minutes as he could not deal properly with Aleksandar Kolarov’s long-range effort which hit the woodwork. However, he made some decent stops towards the end but conceded twice late in the game and could have done little to deny either of them.

Had another sensational outing as he played his part by setting it up for Mo Salah. However, he struggled after the introduction of Diego Perotti as the Argentine troubled the teenager with his pace and power down the flank.

Put in another towering display at the heart of the Liverpool backline and was unlucky to have hit the woodwork during a corner routine. His first error, however, proved costly for Liverpool as the Croatian failed to track Edin Dzeko in the closing minutes, as the Bosnian hit one back to script a late resurgence. 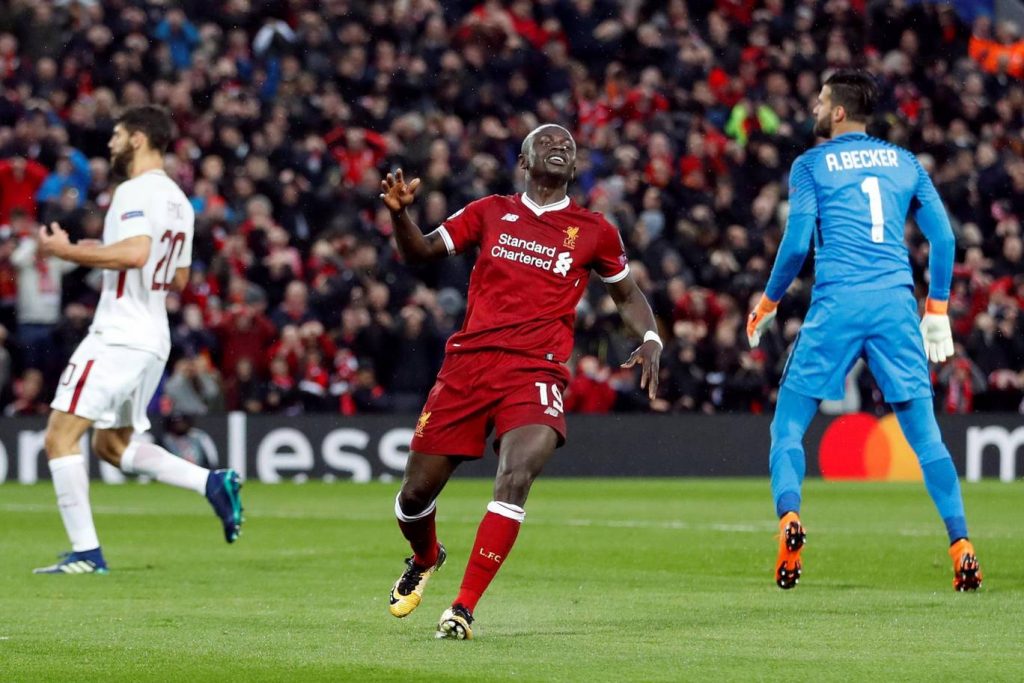 Another solid defensive display from the Dutchman, who did well to deal with the crosses. Contained the opposition with great composure.

Was outstanding as always. The Scotsman did not allow the visitors to explore his flank and kept on making overlapping runs and crosses to create opportunities for the Reds.

Was exceptional in midfield as he shielded the defence and also never let the midfield of De Rossi, Strootman and Nainggolan create enough threat. He won it back and distributed the ball up front to create opportunities.

Started the game brightly but was forced to leave the pitch early due to an injury. Was replaced by Georginio Wijnaldum.

PFA Player of the Year has now registered his possibility of winning European rewards too as he not only scored two majestic first-half goals but also assisted Mane and Firmino early in the second half. Was replaced by Danny Ings late in the game. 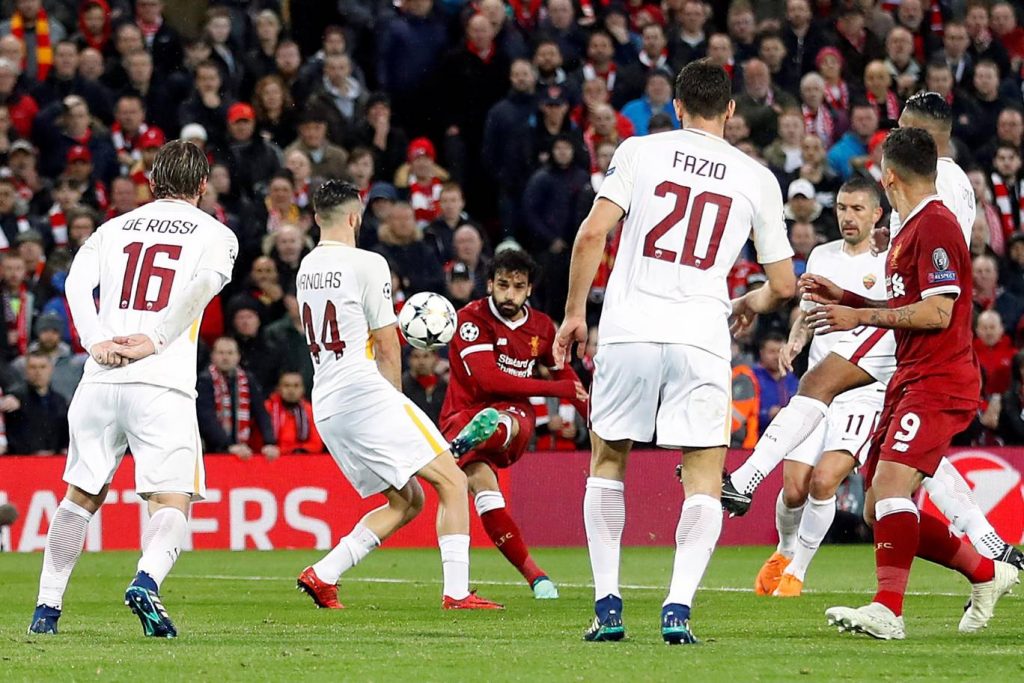 Missed two glorious opportunities but scored one in the second half after converting Salah’s cross from close range.

Worked hard and was everywhere on the pitch. Assisted Salah for both of his goals and also scored twice in the second half before being replaced by Ragnar Klavan in the closing moments.

Was a real influence in the midfield after coming on for the injured Oxlade-Chamberlain but missed a sitter towards the end as he failed to meet Robertson’s cross.

Came on for Salah. Made absolutely no impact high up the pitch.

Came on for Firmino in the closing seconds.