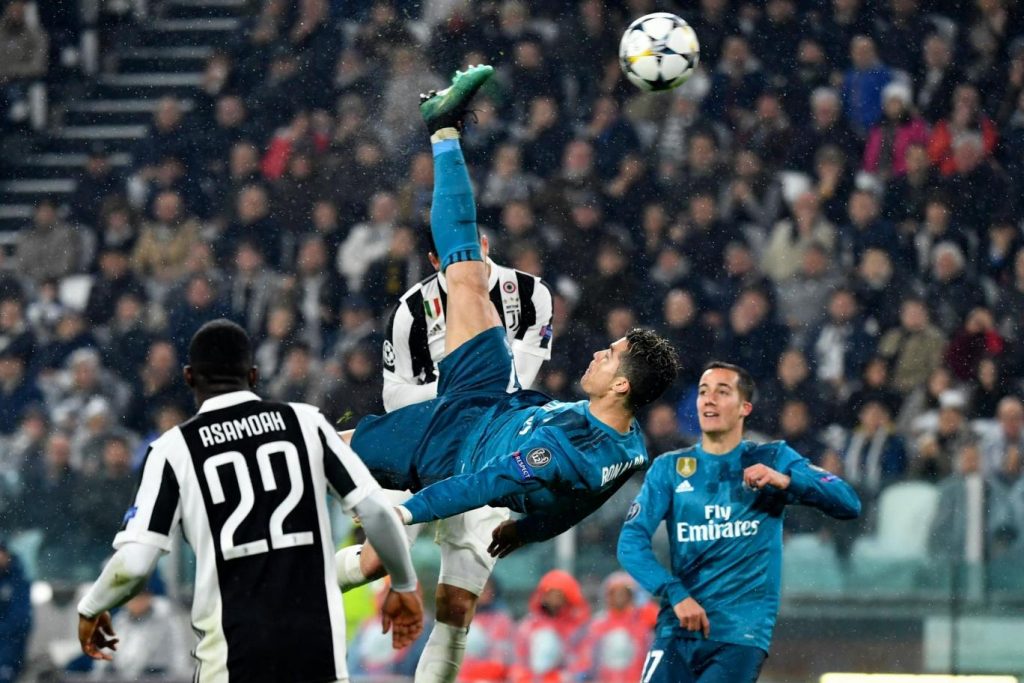 The first-leg fixture of the Champions League quarterfinal between Juventus and Real Madrid at Juventus Stadium proved to be an end-to-end encounter where the champions’ masterclass stunned the hosts who suffered a humiliating 3-0 defeat in their own backyard.

Real Madrid had a dream start when Cristiano Ronaldo picked up Isco’s delivery from the left and scored sensationally within 3 minutes of the game. Juventus showed positive intent to overcome the deficit but the champions stood tall and custodian Keylor Navas made a stunning stop to deny Paulo Dybala from close range.

Toni Kroos’ stunning strike rattled the woodwork at the other end and a few wasted opportunities saw the Old Lady stay down by a goal at half-time.

Juventus were looking to script a comeback in the second half but the Portuguese sensation had other ideas as he put the game to bed with an outrageous overhead kick. The hosts lost the plot completely and everything fell apart when star attacker Paulo Dybala received his marching orders.

Ronaldo was not done yet as he set it up beautifully for Marcelo who put his side further ahead to make it 3-0 away from home. Real, therefore, secured a massive win to make the return leg at Santiago Bernabeu a mere formality. 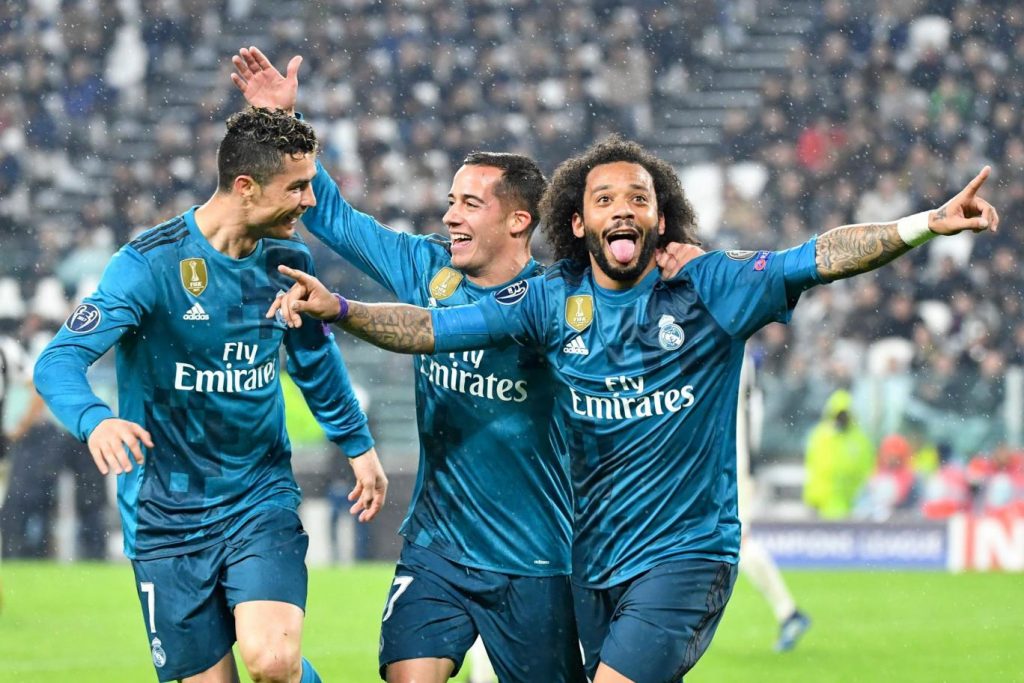 Made a decisive stop in the first half to deny Gonzalo Higuain from a close range as he did not allow the hosts to stage a comeback.

The fullback worked tirelessly down the right flank with his attacking contribution as well as defensive responsibilities. He assisted Ronaldo’s sublime second goal of the night with a scintillating cross.

The centre-back was prompt, tidy and composed in central defence. The French sensation made some crucial blocks and tackles to keep both Higuain and Dybala quiet amidst massive pressure in the first half.

Led his defensive line with another strong performance. Pulled off timely challenges and made some crucial clearances before receiving a yellow which will keep him out for the return leg.

The fullback, as always, spent most of his time in the attack and scored his side’s third from Ronaldo’s pass midway through the second half.

The Brazilian did his job properly in a deeper midfield role. Was combative, screened the backline and also did not allow the hosts to control the midfield game.

Carried the ball forward from deep down the midfield, retained possession and built the game up with his intelligence as well as swift movements in the middle of the park. Was replaced by Mateo Kovacic in the closing minutes.

The German playmaker controlled the flow of the game from his central midfield role as he kept on distributing the ball high up the pitch. Unlucky not to have made it to the scoresheet as his sublime first-half strike rattled the crossbar.

The Spaniard played his part in the early break when he assisted Ronaldo within three minutes of the game. Was replaced by Marco Asensio with 15 minutes remaining.

The French forward had a quiet outing on an eventful night. Benzema made some decent runs and played a few smart one-twos but was largely unnoticed and got replaced by Lucas Vazquez around the hour mark.

The iconic Portuguese scored two stunning goals to take his tally to 14 in this season’s Champions League competition. His second goal via an overhead kick will surely be a top contender for the Goal of the Tournament.

Created a few chances after coming on as a substitute of Karim Benzema.

Looked impressive with his movements and left his mark as Isco’s substitute.

The Croatian was introduced with a few minutes remaining. Came close to making it 4-0 but was denied by the woodwork.