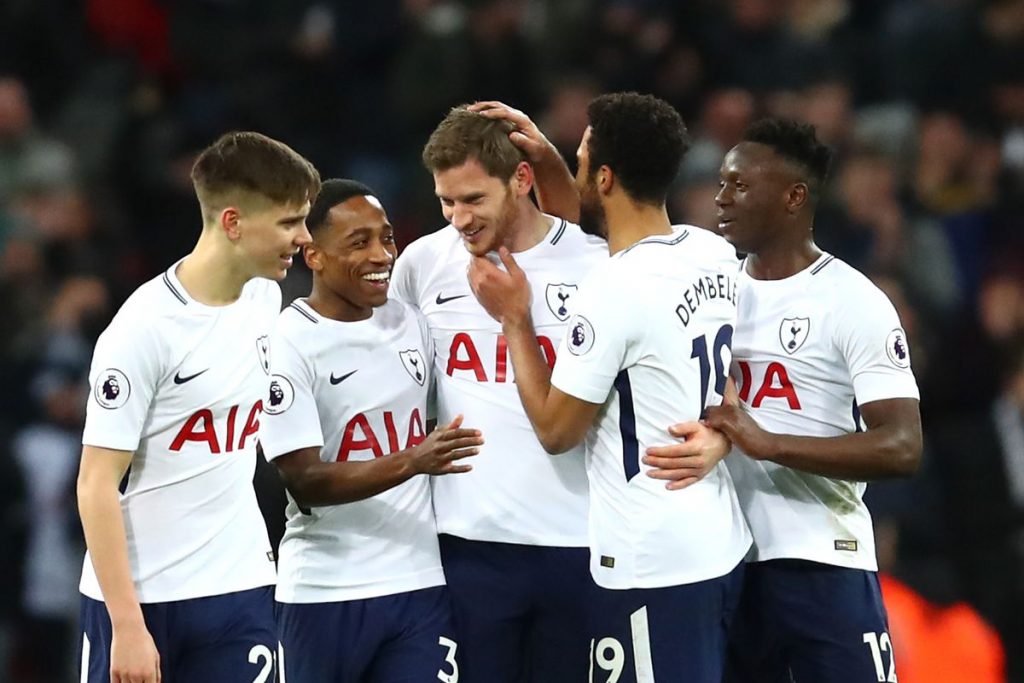 Spurs advanced to the 4th round of the FA Cup in some style, with the help of a Harry Kane brace in the space of two minutes and a stamp of authority later on from Jan Vertonghen to put the game and the result way beyond reach for AFC Wimbledon.

These three goals came in the 63rd, 65th and 71st minute where the fluency was on the home team’s grasp. In the first half though, the Lilywhites were slow on the ball, especially while moving it in midfield. The best chance of the half actually came to Jimmy Abdou when he struck the frame of the goal.

In the second half, Harry Kane and co. found their rhythm and were back to their dynamic, brutal best. The hurricane just needed a couple of minutes to brush aside the underdogs, along with the one way traffic they created. Overall, if the missed opportunities are not taken into account due to the scoreline, it was a complete performance by Poch’s boys.

Here’s how Spurs fared on the day:

Made two fantastic saves to dive across the goal and tip them over the bar. The most important one of them was that off Abdou’s effort from 20 yards out. Overall, a good performance.

Bombarded with some crucial, teasing crosses into the box that were asking to be hit. His deliveries looked much improved. Defensively, didn’t have much to do as Spurs did all the tacking with the ball.

Easily the worst player for the home side due to a few nervy moments that are just not acceptable. Struggled to win it in the air against McDonald and Taylor.

A well-deserved goal along with a showcase of reliability, experience and safety at the back. In the second half, he went forward with conviction and provided a lot.

Stood his ground to tackle well and track the long balls down his side. He luckily provided the assist to Kane when it deflected off and fell kindly for the striker.

Extremely solid and strong. He won the ball back sharply and added key interceptions to the game. A fine return.

Used his physicality and ball control to get past defenders and midfielders with ease. Dembele was a huge pillar to get past in the middle of the park.

He was full of intent and energy throughout the game. The left midfielder just got better as the game went on and created loads of chances with his forward passing. Lamela’s through balls enhanced the movement among his teammates.

As the game went on, he found his range. He created one goal, which broke the deadlock, and provided the cutting edge and zip in midfield. Would have loved to score in this outing, having created some good chances as well.

Nothing to say about this man as he just needs a yard of space or a moment of magic in order to score. He proved his class with those two goals in the space of 111 seconds and yet again, won the match for Spurs.

Not at his very best in terms of attacking the ball or getting into advanced positions. Decent link-up play with Kane though.

Full of energy and desire. He weaved past a tired defence and was unlucky to not have scored.

He held the attack, ran down the central area quite well and provided fresh legs, just how Son did.

Came on for Harry Kane in the 79th minute.