Chelsea beat Brighton and Hove Albion by four goals to nil in Saturday’s early kick-off to reach the 50 point mark in the league. After having played out five draws in a row, Conte’s men were in full flow right from the word go, with their usual football back in the mix, as they scored the first two inside the first six minutes.

Eden Hazard opened the scoring before Willian doubled the lead emphatically with the help of some sublime back heels and flicks from Hazard and Batshuayi to set up what will surely go down as one of the best team goals of the season. Brighton responded strongly by knocking right at Chelsea. They played in a lot of crosses and long balls from the back but were somehow kept out by Caballero and the crossbar.

However, the Blues broke the shackles again as Hazard stamped his hallmark with a typical Eden Hazard goal, driving in from the left, changing pace and finishing in the bottom corner. Late on, super-sub Musonda lifted one over the helpless Brighton defence to set up Moses, who controlled it beautifully and put the game to bed with a composed finish to bag his first PL goal of the season. The potential headline maker, Ross Barkley, remained an unused substitute.

Got the clean sheet but was hot and cold. While he made a stunning save off Hemed, the Argentine was very indecisive when he came out of his line to collect the ball. He was lucky enough to have not conceded a penalty, which according to many, was one.

The captain of the afternoon stood up again, always looked to organise his defenders and barely gave away anything from his side, as usual.

He defended extremely well, won the aerial duels but was unlucky to have collided with Duffy.

Chased the players around well, accepted no nonsense down his left-hand side and cleared the ball efficiently. Rudiger gave away the ball twice though.

Decent performance with not too many complaints apart from a back pass that set the Argentine right back up to get Brighton back into it. He whipped some good deliveries in.

Yet again lacked the liveliness to win the ball back or run back to guard. His passing was much better than the previous games though.

He started off the break for Willian’s superb second goal but lacked the steam for some part of the game. Didn’t quite carry the ball forward as he does and couldn’t deflate the opposition attack always. 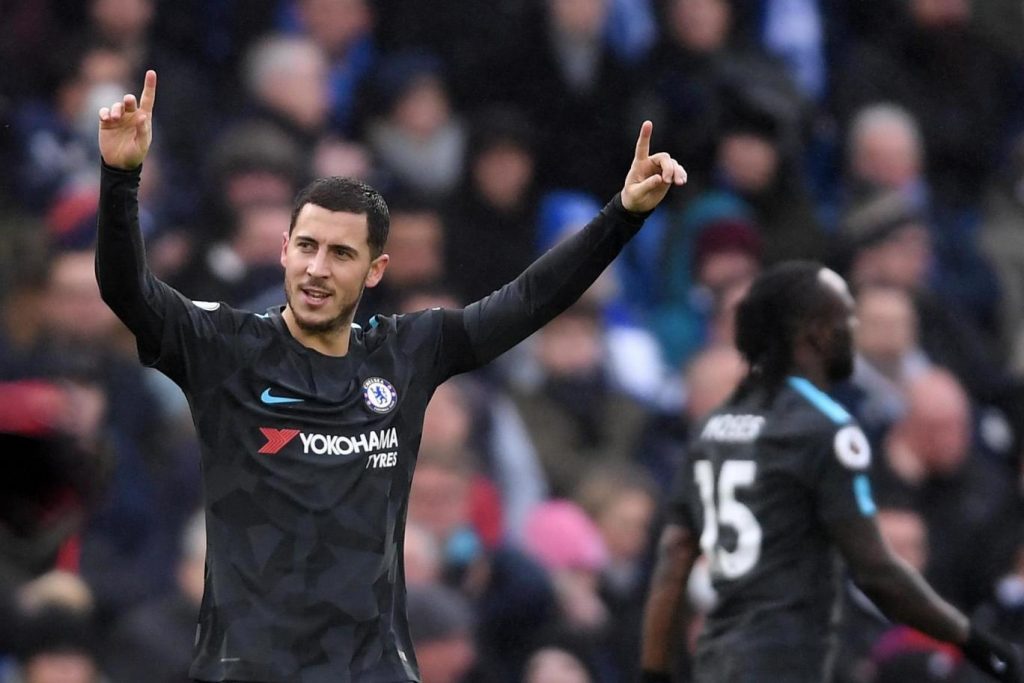 Didn’t commit too often, stood his ground and defended neatly. His take, control and finish were a joy to watch. A well-deserved first goal of the season for the Nigerian.

Sweet, sublime and breathtaking, the Brazilian embarrassed the Seagulls defence with his dribbling and collected nature while on the ball. His finishing and the pass for Hazard’s second were top class. Willian along with Hazard was the most dangerous counter-attacking player.

Hazard was everywhere! Right from interchanging the passes with Willian and Batshuayi, controlling the play, letting the proceedings revolve around him and showcasing his trickery, this world-class act was the cream of the crop.

Much improved performance in terms of strength, hold up play and passing. He tried his level best to get his name on the score sheet including a few greedy attempts on goal.

Made no mistakes, was much more aware and won everything in the air. Luiz brought a sense of calm after coming off the bench.

Zappacosta showed more energy and won the ball many times.

Came on and attacked right from the outset. He ran at players, took them on, won a couple of fouls and produced a gem of a pass to Moses.