According to a report from the Hull Daily Mail, Hull City are among a number of Championship clubs who have been offered to take Wolves’ Spanish centre-forward Rafa Mir on a season-long loan deal this summer.

The former Barcelona man spent a decent season on loan at Las Palmas in the Spanish second division and his performances have attracted interest from fellow Spanish sides Real Zaragoza and Granada but Wolves are keen to give Mir a run out in England.

Hull are not expected to make a new signing until a new head coach is appointed, according to the report, which might open up the opportunity for other clubs to take up the offer of loaning in the 22-year-old. Mir scored 7 times in 19 starts for Las Palmas last season, which is a decent return for someone so young. The youngster will certainly develop into a better player with consistent game time elsewhere but considering how thin the Wolves squad is, they will be better off holding onto him.

Wolves have a long and daunting season ahead of them with the Europa League qualifiers coming up at least three weeks before the start of the new Premier League season. Nuno Santo will have a lot on his plate if the club gets through to the group stages and he will need all the help he can get.

Wolves could potentially play as many as 60 games in all competitions next season and a squad of 20 players that they used last season will surely not be enough to last the whole campaign.

An early start will certainly take its toll on players as the season goes on and Wolves could pay a costly price if they gamble on their small squad. 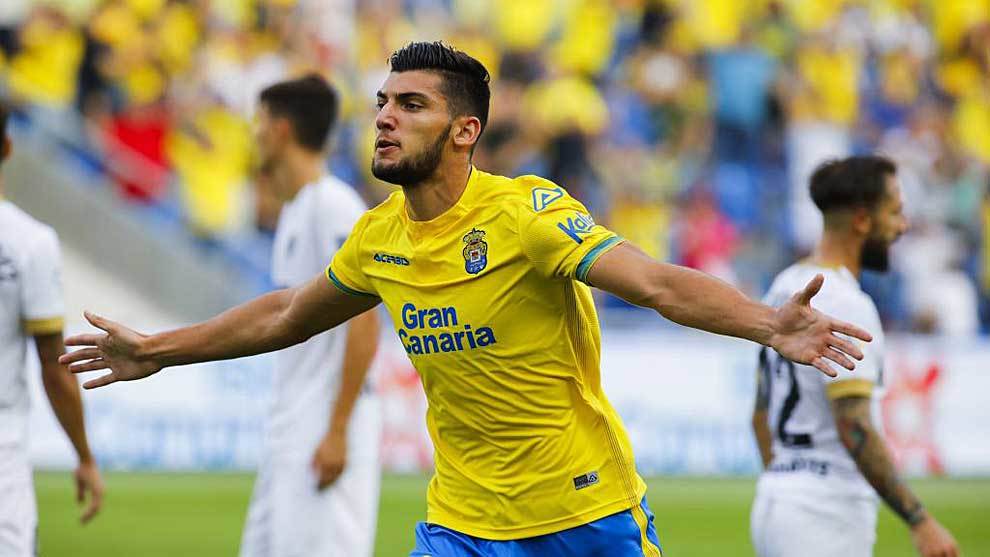 Raul Jimenez almost carried the Wanderers to a 7th place finish in the Premier League last season and Diogo Jota played a very impressive role, playing just off of the Mexican. However, Wolves will certainly need someone else to cover for the successful duo and Mir would certainly come in handy.

The youngster still has a long way to go before he reaches his full potential but training alongside a proven striker like Jimenez will be far too valuable for him to turn down and Wolves should at all cost keep him for next season.

Wolves will need all the help they can get ahead of a long season and Rafa Mir is exactly the kind of squad player who will help them when in need.

The Spaniard will come in handy in the absence of Jimenez and Jota and Nuno Santo can massively help him develop by keeping him in the squad next season.