Why Wolves should make a move for Jurgen Locadia in January

According to a report from the Sky Sports, Brighton striker Jurgen Locadia is unsettled at the Amex Stadium and is looking to force an exit in January due to his lack of game time.

The 25-year-old joined the Seagulls in January, however, he has made just 19 appearances for the Premier League outfit since his switch from Eredivisie club PSV Eindhoven.

Jurgen Locadia has rarely had a chance to prove himself at Brighton and could leave the club in January. Keeping the Dutchman’s situation at the Amex in mind, Wolverhampton Wanderers must make a move for him when the transfer window reopens.

Wolverhampton Wanderers find themselves in a rut now in the Premier League. The promising start to the new Premier League season is now a bygone chapter for Wolves, with Nuno Espirito Santo’s side now winless in five games.

There’s still a long way to go before Wolves find themselves anywhere near the relegation zone but Nuno must not wait until things become messier and should take steps to stop the rut. The Portuguese tactician will have to make do with the players he has at his disposal for now, but he should sign a striker in January.

Despite having an array of talented forwards in the ranks, Wolves have found difficult to score goals. The lack of goals in this Wolves side is now becoming a huge worry. And to solve that, Nuno must go all out to sign Jurgen Locadia in January.

Wolves could do with some additional quality, depth up front, and competition for Adama Traore, Jota, Raul Jimenez and Helder Costa. Locadia would be an excellent option to take up this role in the squad, thereby bringing a fresh impetus to the Wolves attack.

The Dutchman would bring extra pace and power, while also providing a goal-scoring threat as he can play anywhere across the forward line. 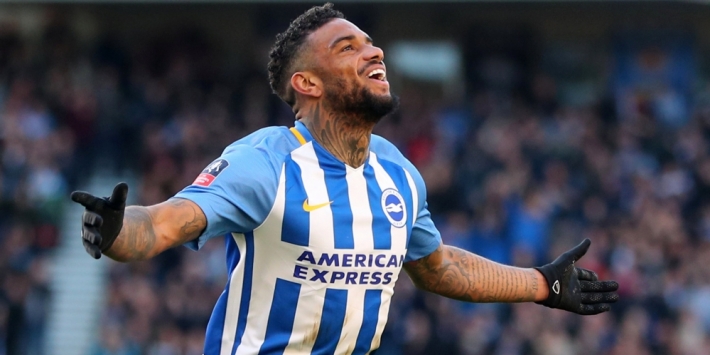 Blessed with the killer instincts of a centre-forward, Locadia is adept at making clever runs behind the defenders and also excels with his hold-up play, allowing his teammates to get into dangerous positions.

He can be a handful for the defenders due to his raw pace and power, which allow him to get past his marker in a blink of an eye. Furthermore, the Dutchman is capable of scoring goals from long -range.

Read more: Wolves completing this £4.5m loan deal would surely propel them to a top-10 finish

Wolves have scored only 13 goals from 14 games in the Premier League this season and they need more firepower in their attack to move up the table. That said, Locadia ticks all the boxes and the Midlands club should not hesitate to make a move for him in January.