According to a report in Birmingham Mail, Wolves are plotting a move for young Reading starlet Danny Loader this summer.

The 18-year-old made his league debut for the Royals in the recently-concluded season and scored his first senior goal for the club against Middlesbrough in April.

Loader has been prolific for Reading’s youth team in the past. Hence, he was called up to the senior team by manager Jose Manuel Gomes.

It is claimed that Wolves look at him as the player for the future. They could look to make a move for the England U-19 international before the start of next season (h/t Birmingham Mail). 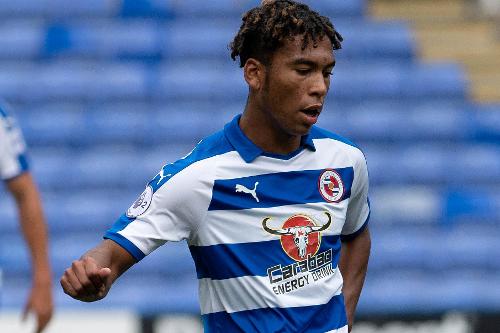 Here’s why it would be a right move from them:

Loader is certainly one of the young prodigious talents

Predominantly a centre-forward, Loader can play on either wing or as an attacking midfielder as well. He has made 21 appearances for the senior team and 11 for the youth side this season, scoring a total 11 goals and supplying two assists.

In terms of his attributes, the England U-19 international possesses good pace to stretch the back line by playing on the shoulder of the last defender. His dribbling skills to go past people in and around the final third is impressive.

The 18-year-old’s physicality helps him to keep hold of the ball under pressure. Finally, he always looks to take a shot when a chance arrives in and around the box. He generally hits the target to test the opposition goalkeeper, which is a good trait to have.

At such a tender age, Loader has a lot of tricks in his armoury to unleash. Hence, Wolves should sign him, let him settle down in the youth team for a few months and then Nuno Espirito Santo can unleash him in the first-team.

It is clear that in Loader, Wolves could have a talented player for the future. His versatility would always be a plus point to whichever manager he plays under.