According to a report in Sun, Wolves have apparently beaten Arsenal in the race for Olympiacos star Pape Cisse. The move to bring the player to England would cost around £10m for Nuno Espirito Santo’s men.

The 23-year-old centre-back has been rated as one of the best in Europe, with a great future in sight. And Wolves have struck a deal ahead of Arsenal to sign him. (h/t SUn) 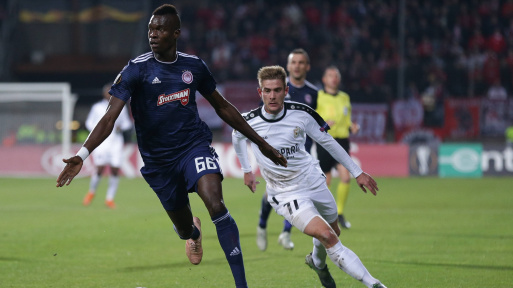 This would be Wolves’ third signing of this summer after they permanently signed Raul Jimenez and Leander Dendocker, following their successful loan spells at the Molineux last season.

With Nuno’s men now contesting in Europe as well, squad depth in every department is a necessity during this transfer window.

Here’s why signing Cisse is capable of enhancing the depth and quality of their backline:

Cisse has the quality to be a difference-maker at Wolves

Pape Abou Cisse is a commanding centre-back, who can operate on either side of the defence and be equally comfortable. His height (197cm) allows him to be a surreal figure at the back for any team.

In terms of his attributes, the 23-year-old is naturally physically strong and doesn’t mind challenging aerial duels against centre-forwards. He also has a very good recovery pace to match the runs of forwards and thwart them on an easy path towards his goal. Furthermore, Cisse is good at reading the game and making vital defensive interceptions or tackles.

It has to be said that the Olympiacos ace does have the capabilities of being a very good centre-back in Premier League football in the coming seasons. For that reason, Wolves are right to pursue a deal to sign him this summer.

All in all, we can conclude by saying that Nuno’s men have played a masterstroke by beating Arsenal in the race to sign Pape Abou Cisse.