According to a report from the Scottish Sun, Celtic have been tracking West Brom’s Dara O’Shea and are keen to sign him in the summer. The young Irishman’s contract with the Baggies expires this month and the club are yet to strike a deal with him.

O’Shea has spent the season on loan at Exeter City where he has excelled in the heart of the defence. The report reveals that Celtic have been monitoring the youngster since Brendan Rodgers was in charge and they could get him on a huge bargain by just paying the development fees in the summer.

The Hoops clinched their 8th successive league title a couple of weeks ago and have now completed a fantastic domestic treble by beating Hearts in the final of the Scottish Cup. Despite the victory, there are a number of things that Celtic have to worry about in the summer. 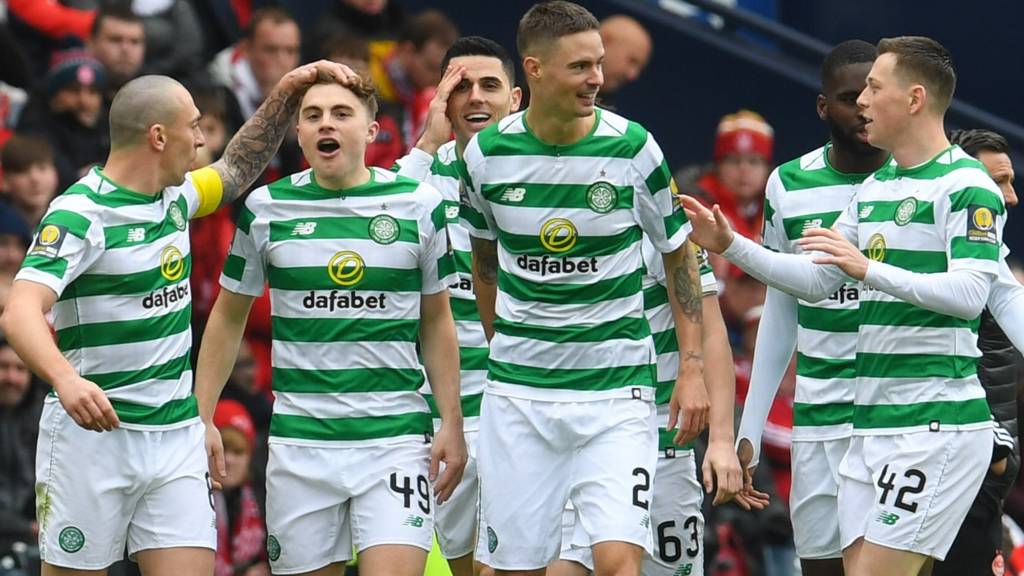 The managerial situation is still unclear despite Neil Lennon carrying on Brendan Rodgers’ good work to retain the title. Centre-backs are another big issue after Dedryck Boyata completed his transfer to Hertha Berlin.

Filip Benkovic is set to return to Leicester City on completion of his loan spell, while Jozo Simunovic has attracted interest from La Liga side Deportivo Alaves.

Losing three defenders in the same transfer window would be disastrous for the Hoops, who will be targeting a historic ninth successive league title next season.

The Hoops should have a new centre-half as an absolute priority in the summer window and they will be starting off on a good note with the signing of young Dara O’Shea. The 20-year-old Irishman has had a highly impressive campaign in the lower league with Exeter City this season.

O’Shea started off the season mostly on the bench and played just one minute of first-team football in the league’s first 17 games. However, the youngster missed just three of the next 30 games and established himself as one of the first names on the team sheet.

The Irishman has proven his worth with the League 2 outfit and now deserves a run out in West Brom’s senior side. However, with a new deal not agreed, the Baggies are set to suffer a huge blow and Celtic should take advantage of that and sign him in the coming weeks.

Dara O’Shea has a massive future ahead of him and Celtic would be a perfect way to start of his senior career in the top-flight. The youngster could be really beneficial for the Hoops next season if given a chance and they should make the move before another club takes not of his qualities.