Leicester City announced the signing of Brendan Rodgers as their new manager after parting ways with Claude Puel. The former Liverpool boss has been handed a three-year contract by the club.

According to The Sun, Rodgers will be given a sum of £200m in the transfer window and here are four players he should consider bringing to the King Power in the summer.

With Kasper Schmeichel well into his 30s, Leicester will need a successor and who better than Stoke City’s Jack Butland. The 25-year-old has kept 11 clean sheets so far in the Championship this season. 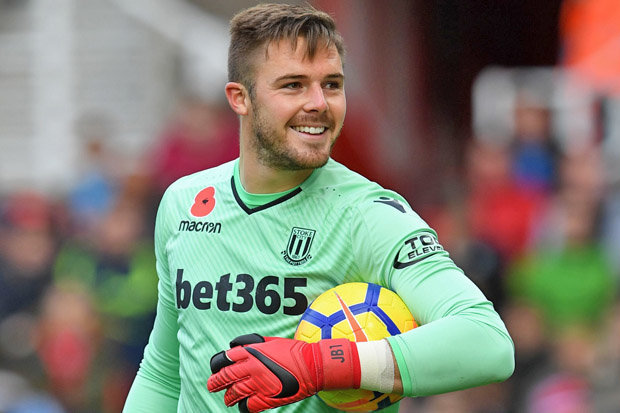 Butland’s reflexes, shot-stopping and quick feet make him an incredible goalkeeper and he belongs in the top flight of English football. Still only 25, Butland has the potential to be Leicester’s No. 1 for the best part of the next decade and his quality cannot be questioned.

Wes Morgan and Jonny Evans are both well into their 30s with the former set to become out of contract in the summer. Summer recruit Caglar Soyuncu is still struggling to adjust, leaving Rodgers with just Harry Maguire. The former Celtic boss will need defensive reinforcements and he should target Cesar Montes. Fontes is a 6 feet 4-inch defensive rock in the Liga MX for Monterrey. The 22-year-old already has over 100 appearances for the club and would be a brilliant signing for the Foxes.

Fulham are struggling in the Premier League this campaign and are placed in the relegation zone. Despite their woes, Seri has been a shining light this term and has been brilliant in the midfield.

The former Nice man is one of the brightest prospects in world football but with Fulham’s chances of survival looking bleak, Leicester should swoop in for the Ivorian in the summer.

The 20-year-old Russian sensation will be a brilliant addition to the Foxes and could turn out to be the perfect successor to Leicester hero Jamie Vardy. Chalov has scored 11 goals so far this campaign, including a fine strike against Real Madrid at the Bernebeu. Chalov’s ability of playing with or in place of Vardy will provide Rodgers with a ton of options and they should consider signing him in the summer.