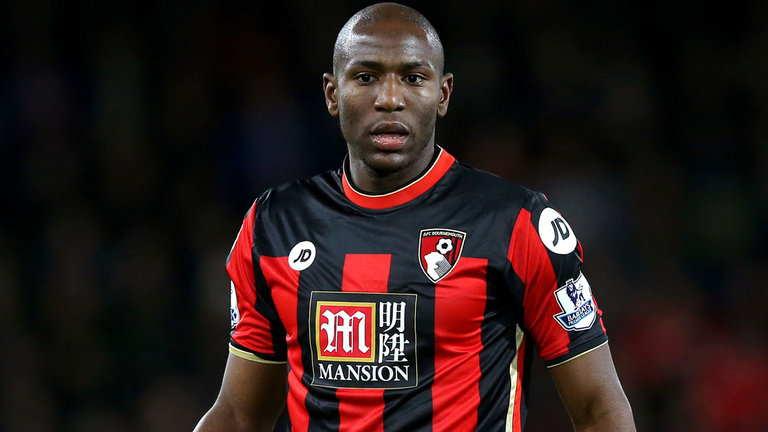 Bournemouth have loaned out-of-favour striker Benik Afobe back to his former club Wolverhampton Wanderers in the dying minutes of the January transfer window. The player will now be a part of the Championship outfit until the end of the season and it seems like the ideal move for the player to make a solid attempt at reviving his career.

Afobe has made 22 appearances for the Cherries this season but a good majority of those were as a substitute. Also, in that entire period, he has managed to score just once and those numbers do not seem encouraging. However, moving back to the Wolves at a time when they are set to make a final push for promotion might be a good environment for Afobe to get back to scoring and rediscover his form.

Nuno Espirito Santo has been on the lookout to boost his options up front. Leo Bonatini has been quite strong but having another experienced striker in the ranks was highly essential, especially with Rafa Mir yet to make an impact.

Although Bonatini works extremely hard and is brilliant at link-up play, he lacks the physical power and pace that Afobe can provide. Moreover, the Bournemouth star is quite a finisher as well and with the likes of Ruben Neves, Diego Jota, Helder Costa and Ivan Cavaleiro creating opportunities and pulling the strings behind him, it is highly likely that Afobe will be relishing the chance to go out and find the back of the net.

Since Afobe has already spent a successful spell with the club, he seems like the right option to help them in this crucial period. His Premier League stint may not have been the best experience in his life so far but given his record in the Championship, there is no reason why he cannot succeed.

During his earlier spell with the Wolves, the player scored 23 goals and it only seems fitting that he has returned to Molineaux as Santo’s men are primed to secure a promotion to the top-flight.

Moreover, the 24-year-old boasts of Premier League experience and that could be vital for the club going forward. They seem to be all but set to move into the top-flight next season and once that happens, a player like Afobe could prove to be advantageous.

Although it is a loan deal at present, it will be interesting to see if Santo is willing to purchase him permanently at the end of the season. After all, most of Wolves’ current players are young and lack experience and to that end, Afobe could be a valuable addition.