According to last month’s report from the Evening Standard, Victor Moses is considering his future at Chelsea after falling down the pecking order under manager Maurizio Sarri this season.

The Nigerian developed into a key performer under former manager Antonio Conte, where he was used as a wing-back in the Italian’s 3-4-3 system. Victor Moses was particularly brilliant in Conte’s debut season in the Premier League, with the Blues storming to the league title.

However, Sarri has changed the style and the system at Stamford Bridge, preferring a dynamic 4-3-3 system. As a result, the 27-year-old lost his place in the starting XI and has played just six times across all competitions this season till date.

With Victor Moses eyeing an exit from Chelsea, Crystal Palace should make a move for him in January.

Crystal Palace have struggled this campaign and could get relegated in the end if things don’t change quickly.

The Eagles are yet to win at home and with injuries and off form of star players, Roy Hodgson’s side are in a mess at the moment. They are winless in seven games across all competitions, with Hodgson’s side up against Manchester United at Old Trafford at the weekend.

The Palace are in desperate need of reinforcements and Hodgson would be wise to complete a deal for Victor Moses in January. A graduate of the Crystal Palace academy, Victor Moses was once a fan favourite at Selhurst Park and his return would also be received passionately.

The Nigerian is a pacy winger who likes to combine his lightning pace with his instant acceleration to beat the defenders. He may not be the most technically gifted player but the 27-year-old makes it up with his extra-ordinary work-rate.

Moses is filled with a lot of energy and his ability to play on both the flanks and as a wing-back would provide Hodgson with a lot of options. 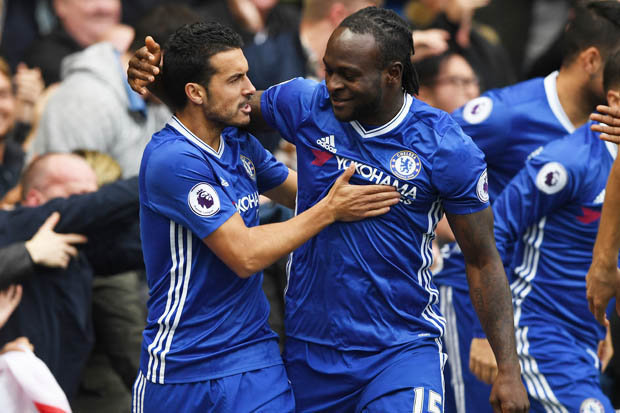 At Palace, Moses would get regular game time under Hodgson while also offering cover for Aaron Wan-Bissaka and Andros Townsend at right-back and on the right-wing respectively.

The Nigerian winger has an abundance of power and pace and would hand the Eagles a different dimension in the attack. With Wilfried Zaha in the team, Palace have the X-factor but with the addition of Moses, they would possess greater potency going forward.

Read more: Crystal Palace can bag a coup if they beat Everton to sign this talented 22-year-old Serbian starlet

A move to Palace in the New Year would represent a win-win situation for all parties involved, with the competition for places at Chelsea likely to limit Moses’ chances at Stamford Bridge as long as he remains. Hence, the Eagles must do everything in their powers to bring Moses back to the Selhurst Park.