Predicted Sheffield United line-up to face Millwall in the Championship

Sheffield United prepare for their trip to The Den to play Millwall on Saturday as they look to make it two wins in a row in the league.

Despite being constructed on a minimal budget, Chris Wilder’s squad is outperforming a number of big-spending teams in the Championship.

Following their 3-2 win against Preston North End at Bramall Lane, Wilder will be confident of taking all three points against Millwall this weekend.

Paul Coutts could be in the United squad to face Millwall after recovering from his broken leg. Wilder has no fresh injury concerns ahead of the game.

Henderson is proving to be a top signing for the Blades as he continues to remain as an assured presence in goal.

Basham scored an important goal in the 3-2 victory over Preston last weekend. He will be raring to add to his tally on Saturday.

Powerful in the air and solid in the tackle, Egan will be looking to keep things tight at the back against Millwall.

O’Connell has been a consistent performer at the back for United. He has the turn of pace and can bring the ball out from the back efficiently.

Freeman should start ahead of Baldock in the right wing-back position and will look to offer width to the team.

Stevens is an attacking left-back, a player always willing to get forward and contribute to United’s attacks.

Norwood has been an inspired addition for Wilder’s team. He is a midfield general who will look to get on top of the game against Millwall from minute one.

Fleck is currently playing with a different swagger. He is a tenacious midfielder who is excellent at breaking up the play.

For the No.10 role, Duffy is the perfect player who can create as well as score goals at will. He is a sure starter for the weekend’s game. 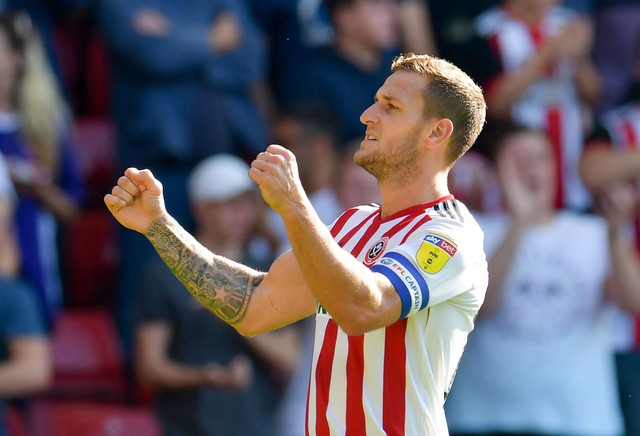 Sharp has cemented his place in United’s starting XI. He enters the Millwall clash having scored five goals in eight games.

An extra bit of pace could be required for the Blades to unlock Millwall’s defence and that screams for the inclusion of Washington ahead of McGoldrick.