Sheffield United will host a big-spending Aston Villa at Bramall Lane on Saturday in the Championship.

The Blades have won their last three games in the Championship and will be coming into the weekend’s game on the back of a morale-boosting 3-0 victory against Bolton Wanderers.

Aston Villa, on the other hand, are yet to hit top gear so far this season and were dumped out of the Carabao Cup by Burton on Tuesday.

Leon Clarke is a doubt for this weekend’s game after injury curtailed his involvement in Sheffield United’s victory over Bolton. Other than Clarke, George Baldock, Paul Coutts and Kean Bryan could miss the Villa clash.

Henderson kept his first clean sheet in United colours, against Bolton. He is the undisputed No.1 and will start the game against Aston Villa.

Basham is an all-action player who can play in the defence or in the midfield. He had a fantastic outing against Bolton and will be keen to continue his good form this weekend.

Egan is a ball-playing centre-back and never seems flustered in possession. If Sheffield are to defeat Villa, he has to be on top of his game.

O’Connell will not only look to keep things tight at the back but also offer the attacking threat at the opposite end.

Freeman had an excellent game against Bolton, scoring one and assisting another. He is a sure starter for the weekend’s game.

Due to his energy and attacking threat, Stevens is the best wing-back Wilder has in his team.

Fleck’s presence in the midfield keeps Sheffield United ticking. After a brilliant game at Bolton, he will be full of confidence to put in a dominant display against Steve Bruce’s side.

Norwood is a fantastic passer of the ball and his presence in the United’s engine room will be crucial in disrupting Villa’s play.

Duffy linked up so well with the likes of Norwood and Fleck in the game against Bolton. He is a vital player for the Blades. 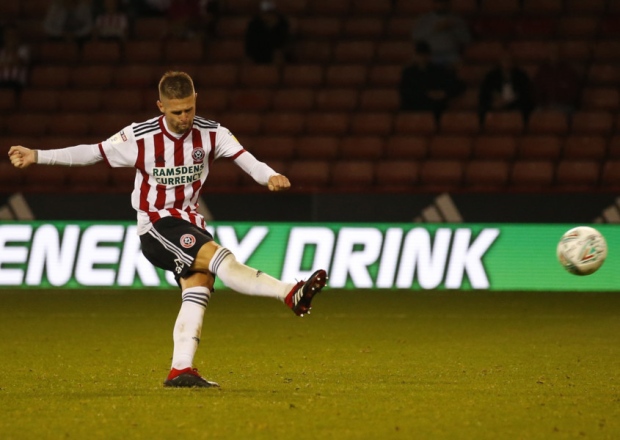 McGoldrick is known for using his strength and aerial prowess to hold the ball up against top centre-backs. He could be the man to replace the injured Clarke in the starting XI against Villa.

Read more: Go for it Wilder – This £12m Championship star could be an ideal strike partner for Clarke

United’s main source of goals, Sharp is a tireless performer and would be looking to get his name on the scoresheet this weekend.