Leroy Sane could take the Premier League by storm this season

Leroy Sane enjoyed a stellar campaign with Manchester City as the youngster went on to claim the Premier League title with the club.

Sane was also the Premier League’s young player of the year last season. He was supremely influential in the final third and became a peripheral figure at the club under Guardiola last season.

Sane made the move to Manchester City in 2016 from Schalke 04. He scored a total of 11 goals in 47 appearances for the club, which earned him his move to England. The German didn’t get off to the best of starts in the Premier League but completely defied the odds last season.

He has settled down seamlessly and it’s almost as if he’s been in England for many years. Despite the German winger’s excellent performances for the club, Germany coach Joachim Low decided against selecting him for the World Cup squad. The manager instead decided to pick Bayer Leverkusen winger Julian Brandt. 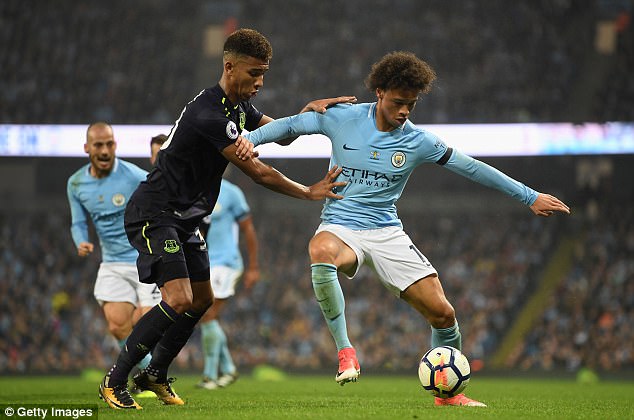 Sane was utterly disappointed to be left out of the World Cup squad, especially after his stunning performances for the club. His momentum would have taken a huge hit but this could also turn out to be a blessing in disguise for the 22-year-old.

The PFA Young player of last season will now be replenished and refreshed before the start of the new season.

This could see him explode onto the scenes and given that Manchester City have a desirable run of opening fixtures, Sane could be a regular on the score sheet. The Manchester City winger made a total of 33 appearances in the Premier League last season, scoring 10 goals and providing a whopping 15 assists.

The German was only behind teammate Kevin De Bruyne in terms of assists supplied last season. Sane was deadly in front of goal, using his thunderous pace to run past defenders, leaving them in the dust.

He has brilliant ball control and first touch and is also an impressive dribbler of the ball. The former Schalke man averaged 2.7 dribbles per game last season. The 22-year-old is also very calm and composed on the ball. He averaged a pass success rate of 84.2% in the league last season.

Read more: Manchester City letting go of this £170,000-a-week speed demon could be the biggest blunder

Sane could be given a regular run of games this season for sure. The winger could hit even higher numbers this season after his splendid form terrorised defenders last season. Guardiola certainly possesses a gem of a player and should provide him with the right development to go on and become better.