Things are looking good for the Hammers after the arrival of the well reputed Manuel Pellegrini. The former Manchester City manager has taken up the hot seat at the London stadium after the sacking of David Moyes.

With Pellegrini at the helm, the Hammers should produce a mix of attractive high-intensity football. The manager has come in and completed deals for a few players already.

The London club are now being linked with former Arsenal midfielder Jack Wilshere. The Hammers are reportedly interested in landing the 26-year-old Englishman who is now a free agent.

The midfielder announced his departure from Arsenal after a 17-year association with the club, which saw him go on to make a total of 197 appearances for the club. Wilshere’s career with the Gunners was frustratingly blighted by a number of injury problems.

The English midfielder generally operates as a central midfielder. He has brilliant control of the ball and is a very influential player in the middle of the park. Whenever Wilshere was given a regular run in the squad, Arsenal looked more fluid and cohesive.

The midfielder made a total of 20 league appearances for the Gunners last season, scoring 1 goal and providing 3 assists. Wilshere is the kind of player who always puts in a dominant performance. He is also a very good passer of the ball and a master of the one-touch football.

The 26-year-old also had a successful loan stint with Bournemouth in the 2016-2017 season which saw him rack up a total of 27 appearances in the league. 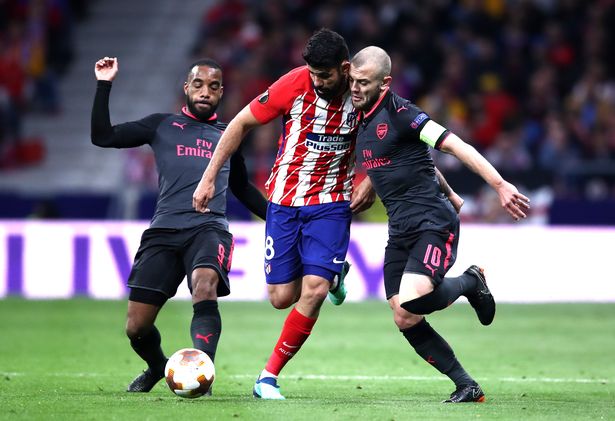 It is clear that Jack Wilshere has all the potential to go on and become one of the best central midfielders in the world. If not for his torrid injury record, he would have already been one. The Arsenal midfielder would certainly be a great addition to the Hammers squad.

West Ham United are already in dire need of a new midfield maestro after talisman Manuel Lanzini suffered an anterior cruciate ligament injury which will keep him out for a considerable amount of time.

West Ham could surely use the services of Wilshere next season as they begin a new journey under Manuel Pellegrini.