Manchester City won the Premier League title with ease last season but the fight at the other end of the table was fierce. Several teams were battling to maintain their top-flight status but in the end, Stoke City, Swansea City and West Bromwich Albion were relegated to Championship.

Following their relegation, several players are expected to leave West Brom this summer, including goalkeeper Ben Foster, who is on the radar of Watford. But the Baggies have reportedly rejected the Hornets’ £1m offer for the 35-year-old veteran, who has only a year left on his current deal with the Hawthorns outfit.

The England international has refused to join West Brom’s training camp in Portugal on Tuesday as he wants to leave the club. Foster, who enjoyed seven consecutive campaigns in West Midlands, had a couple of loan spells with Watford during his time at Manchester United.

Watford were largely unimpressive last season and only managed to clinch a 14th-placed finish under Javi Gracia, who replaced Marco Silva as the club’s new boss midway through the previous campaign.

The Hornets also had issues between the sticks last term as 37-year-old Brazilian Heurelho Gomes lost his place in the team to Greek international Orestis Karnezis, who was signed on loan from Udinese last summer. But Karnezis endured an underwhelming spell at Vicarage Road as Watford are on the lookout for a new goalkeeper.

Watford’s search for a new custodian led them to Foster, who has profound Premier League experience. He is good enough to be their first-choice goalkeeper for at least a couple of seasons and would also be a budget option. 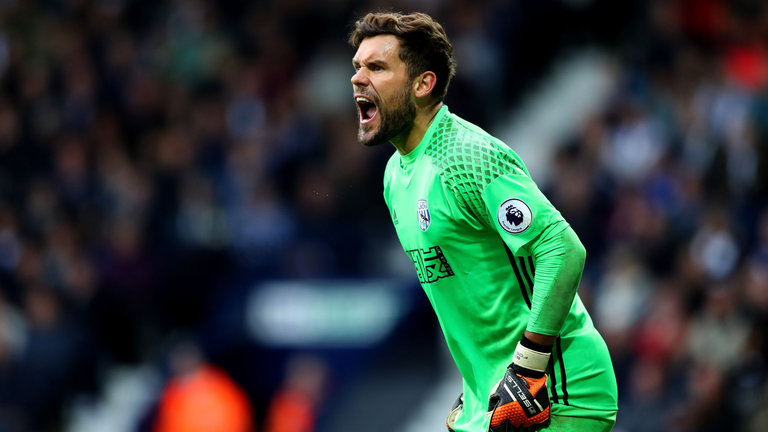 Foster pledged to stay at the Hawthorns just two months back as he wanted to help the club return to the Premier League. He said,

“I’m very settled and I’m sure there are quite a few others who would love to stay and help us get back to the Premier League.”

You may also like: Why Watford have made a blunder by completing a deal for this 32-year-old

However, his current stance is certain to boost Watford’s hopes of signing him. But they have to come up with a revised and a reasonable offer for the goalkeeper, who has also attracted interest from other clubs.