Why Tottenham Hotspur should revive their interest in Wilfried Zaha

Tottenham Hotspur were linked with a move for £70m Crystal Palace winger Wilfried Zaha for much of the summer but the Lilywhites ultimately failed to land a single signing, becoming the first club to do so in the history of the transfer window. (Standard)

Spurs seem to be having a tough time now with a number of stars out injured and their lack of depth is taking a toll on them. Mauricio Pochettino’s side were soundly beaten by Barcelona in the Champions League last weekend and the manager would have been relieved to get into the international break.

Tottenham should definitely go back for Wilfried Zaha in January if they are to contend for trophies. It’s hard to for any top side to maintain pace if they don’t have the depth and the strength to do so.

Spurs have been overly reliant on Harry Kane for most of their goals but the arrival of Zaha could relieve the England captain from some of that pressure. Zaha has been an important figure at Crystal Palace since making the move from Manchester United. 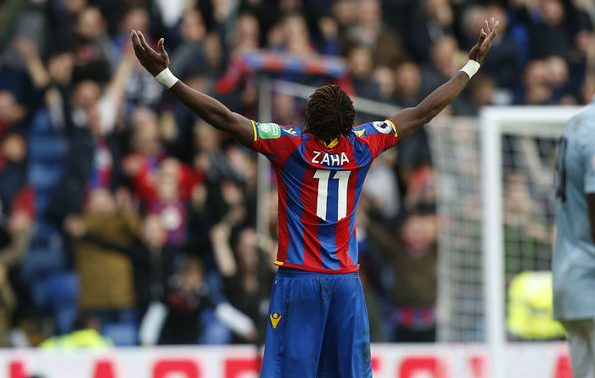 The Eagles are yet to win a game in his absence, which proves his importance in the side. The Ivorian winger has flourished after being shifted to a striker’s role under Roy Hodgson last season. The Lilywhites are short of strikers in their ranks, which is exactly why the former Manchester United winger will help solve the dilemma.

Zaha scored 9 goals and provided 3 assists in 29 league appearances last season. The 25-year-old winger has already contributed 3 goals and 1 assist in 7 appearances this season. The Palace attacker is known for his silky ability on the ball. (Stats courtesy – Premier League)

He is a menace inside the box and is excellent at beating the defenders before calmly slotting the ball into the back of the net.

He is capable of playing anywhere across the frontline and will surely flourish in Pochettino’s presence. The Argentine manager is known to bring the best out of his players. Spurs are definitely going to need more firepower this season as they aim to maintain their status in the top four.

Read more: Go for it Poch – This powerful 22-year-old Brazilian could be the ideal goal-scoring support for Harry Kane

Irrespective of their spending power, the Lilywhites have to spend the money and bring in quality talent this January. Bringing in Wilfried Zaha will make a massive difference to this young Tottenham team.