Why Manchester United should offload Phil Jones in January

According to a report from Metro, Manchester United are ready to sell Phil Jones and will listen to offers for the defender in January.

The England international is out of contract at the end of the season but Manchester United are planning to activate a 12-month extension clause in the coming few weeks in the hope that they can sell him for a fee rather than lose him on a free transfer.

Phil Jones, signed from Blackburn Rovers back in 2011, was once considered as one of the finest young defenders in England. However, recurrent injury problems have prevented him from reaching his potential and he is yet to play more than 29 league games in a single season.

Jones has been plagued with injuries in the last few years which has derailed his once-promising career at Old Trafford. Injury issues along with poor performances have seen the 26-year-old lose his place in the first team to Chris Smalling and Victor Lindelof. 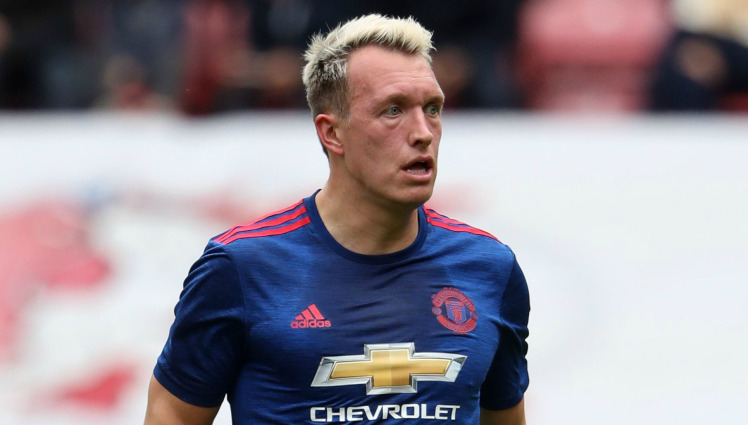 He made his last appearance in September, in United’s defeat against Derby County in the Carabao Cup, missing the decisive penalty that eliminated his side from the competition.

The English defender currently finds himself way down the pecking order under Mourinho, who apparently is a big fan of his. Jones is a vastly experienced player and knows what it takes to win, having already lifted the Premier League, the UEFA Europa League and the FA Cup during his time at Old Trafford.

But truth be told, the 26-year-old has simply not evolved in the last few years in a United shirt. Jones is yet to make an impact this season and despite the Red Devils conceding 18 Premier League goals in 11 matches, he has not yet had significant opportunities.

That goes on to say that Mourinho hardly trusts Jones despite the likes of Chris Smalling, Victor Lindelof and Eric Bailly underperforming this campaign.

In fact, Mourinho seems to have finally found his central defence pairing in Chris Smalling and Victor Lindelof after a turbulent start to the new season. The Portuguese tactician wanted a centre-half before the new season but United failed to sign one, managing to get just three players through the front door during the entire summer transfer market.

Read more: Signing this on-loan Bundesliga superstar could propel Man United to the next level

But Mourinho must strive hard to get a centre-back in January to bolster his defensive ranks and hence, Jones should be offloaded to make some space in the team. Jones is just 26 and is versatile as he can operate as a right-back and as a defensive midfielder. Nevertheless, his time is clearly up at Old Trafford.