When he first arrived on the scene, Michy Batshuayi was among the best young players to walk the planet and when Chelsea signed the Belgian, fans would have expected to see the now 25-year-old at Chelsea for a long, long time.

His abilities in front of the goal were stunning, with Batshuayi scoring 23 goals in his final season at Marseille including 17 in the Ligue 1, finishing behind only Zlatan Ibrahimovic, Alexandre Lacazette and Edinson Cavani on the scorer’s list.

This meant when links to Arsenal (h/t the Mirror), West Ham and Crystal Palace (h/t Guardian) first appeared, it was his chance to hit the big time. But then a £33m move to Chelsea beckoned and a few even going so far as to call the then 22-year-old the next Didier Drogba.

But as it happened, Batshuayi, like many former Ligue 1 stars, struggled to adapt to the Premier League’s pace and ferocity, scoring just 11 goals in 29 appearances in all competitions in his first season.

The next season, he fell down Antonio Conte’s pecking order with Alvaro Morata brought in and the 25-year-old made just 24 appearances before the January window, where he moved to Borussia Dortmund on loan.

For Everton, this is the period that they should take notice of, as the Belgian showed exactly what he could do when given the chance. He scored seven goals in his first nine Bundesliga games, helping Dortmund regain confidence and finish in a Champions League spot.

In all likelihood, Batshuayi would have scored more but a torn ankle ligament saw him miss the rest of the season, ending any chance of a comeback.

So now with Sky Sports reporting that Everton have made him their top target, it could mean the end of his Chelsea career. However, if Marco Silva and company do sign the 25-year-old, then he’ll have to be tamed and treated like a superstar so that he does what he does best. 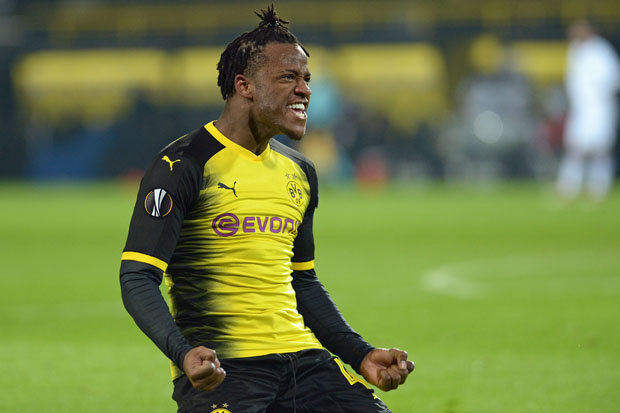 Read More: With 11 international goals, Everton signing this tricky speed dribbler on the cheap would be an absolute steal

For Michy Batshuayi to flourish, he needs to have a team built around him, and given Everton’s style of play combined under Silva, he could be just the man to build the side around. Moreover, the fact that Valencia have sent him back from his loan spell (h/t BBC), it’s the perfect time to make a move.

Convincing the striker, on the other hand, should be the easiest thing to do, especially given the fact that he’s not wanted at Chelsea and needs the chance to prove himself once again.

Like Romelu Lukaku, Mohamed Salah and countless others, Michy Batshuayi can prove to Chelsea that he is a worthy talent.