Fulham edged out Aston Villa in the Championship play-off final with a narrow 1-0 win on Saturday at the Wembley, joining Wolverhampton Wanderers and Cardiff City in the top-tier for next term.

Now that the Cottagers are back with the big boys, the club must reshape their squad in the summer. Manager Slavisa Jokanovic might be keen to bolster his squad in order to build a team capable enough to survive in the Premier League.

Going by the reports, Jokanovic wants to strengthen his midfield by securing the services of Lamine Fomba from the second-tier of French football. 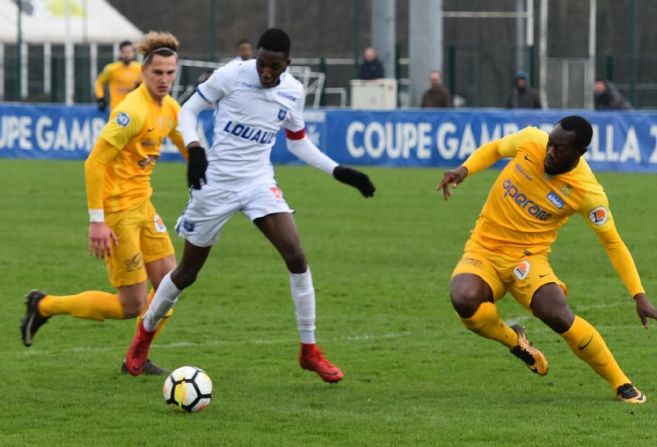 Fomba, who rejected the offer to join Tottenham Hotspur in favour of signing a professional contract with Auxerre has impressed in Ligue 2 this season. The 20-year-old’s performances have earned him rave reviews, with Fulham interested in bagging his signature.

After beginning the season on the fringes, Fomba became a regular at Auxerre towards the fag end of the season. Although he made just six appearances, the defensive midfielder left his impression by supplying two assists.

Auxerre finished 11th in Ligue 2 and will be keen to cash in on their starlet, who has just a year remaining on his current contract.

Fulham have been scouting Fomba for a long time and must make a move for the player. The Cottagers might receive a lot of offers for their star players, including Tom Cairney, who has been brilliant in the Championship. Now that Fulham are in the Premier League, they are in a better position to keep hold of Cairney and other prized assets.

If Fulham are able to keep hold of Cairney, it would be massive, which would allow Jokanovic to bring a young central midfielder to strengthen the squad. Signing Fomba would make sense then as the former French youth international could act as the perfect back-up option for Cairney and Kevin McDonald.

Fulham have some really young blood in their squad and signing Fomba bodes well. He will not directly walk into Fulham’s first-team but would provide depth and add quality to the squad before playing regularly in the Premier League. There is no doubting Fomba’s talent but at 20, he is someone for the future.

Jokanovic has built a fantastic team that possesses a mix of youthful exuberance and experienced professionals. Having given ample opportunities to young stars to excel, Fomba would also fall in the right hands of Jokanovic.

Before any club makes an attempt to sign the Auxerre starlet, Fulham must act quickly and sign Fomba.