Why Manchester United should definitely make a move for Lorenzo Pellegrini

According to the Metro, Manchester United are ready to swoop for Roma midfielder Lorenzo Pellegrini. Jose Mourinho is desperate to bolster his midfield setup given that the Red Devils are in dire need of some quality in the middle of the park.

United have made a poor start to their season this time out though, as they have shown signs of improvement of late. Mourinho’s men were unable to get past a cohesive and fluid Manchester City side that beat them 3-1 at the Etihad stadium two weeks ago.

The manager must now surely dive into the market and bring in reinforcements. A number of their stars will be out of contract in the summer and the club haven’t tied them to a new contract yet.

Given that new signing Fred has also failed to make a significant impact, Mourinho should consider bringing in Lorenzo Pellegrini. The Roma midfielder has been in fine form for the Serie A outfit this season, having scored 1 goal and provided 2 assists in 9 league appearances.

The 22-year-old midfielder also has 1 goal and 3 assists in the Champions League. (Stats courtesy – Whoscored) Jose Mourinho has lacked a crisp passer and a quick distributor of the ball in his team.

Though Fred was tasked with this role, the Brazilian has barely produced anything meaningful this season. Pellegrini, on the other hand, is a technically brilliant midfielder who is capable of fitting into a number of roles.

He is generally deployed as a central midfielder. He possesses a superb work ethic and has the ability to seamlessly dictate the play in the middle of the park. He has averaged 3.5 key passes per game in the Serie A this season, while also managing a pass success rate of 81.1% in that time.

United have often looked slow in their transitional play, with their midfielders taking far too much time on the ball. The Italian will definitely eradicate those issues given his brilliant eye to spot runners and players in open positions. 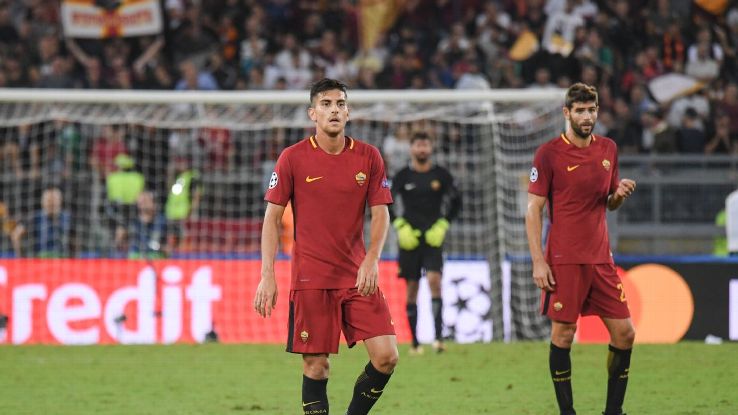 Another aspect a lot of Mourinho’s players have lacked is the ability or motivation to track back and support the team’s defence. Pellegrini is a player who does that throughout the game. He reads the game well and duly cuts out the passing lanes, making a number of important interceptions as well.

Manchester United should definitely make the move for Lorenzo Pellegrini in January. He might be an unproven player at the moment but the Italian has shown immense maturity and growth in his displays.

Mourinho’s side are in desperate need of a quality midfielder or two and the manager can start by bringing in the Roma star.