Recent reports have linked Leeds United with making a surprising move for Huddersfield Town winger Rajiv van La Parra. It’s no secret that new Leeds manager Marcelo Bielsa wants to strengthen his squad in the summer. But the question remains whether Van La Parra is the sort of player the Whites need.

Van La Parra made 33 Premier League appearances last season, scoring three times. He also scored twice in 57 matches for Wolves after joining the club from Dutch side Heerenveen in the summer of 2014.

Van La Parra is a tricky and a fast winger, who could bring dynamism and pace to Leeds. However, the Whites already have the likes of Hadi Sacko, Ezgjan Alioski, Stuart Dallas and Kemar Roofe at their disposal, which makes it doubtful for the Dutchman to have a place in the squad.

He might fall down the pecking order at Huddersfield because the Terriers have recently signed Ramadan Sobhi from Stoke City. They’re also said to be monitoring Club Brugge’s Anthony Limbombe and Wolves’ Portuguese forward Ivan Cavaleiro. If any of those two players arrive at Kirklees, Huddersfield will probably look to offload La Parra.

David Wagner has relied heavily on the 27-year old over the past two seasons, and Van La Parra played a key role in helping the club earn promotion back to the Premier League. Although the 2017/18 campaign wasn’t exactly mesmerizing for the player, he was solid whenever called upon.

He has excelled in the Championship while playing for both Wolves and Huddersfield but he probably failed to adapt to the rigours of the Premier League. 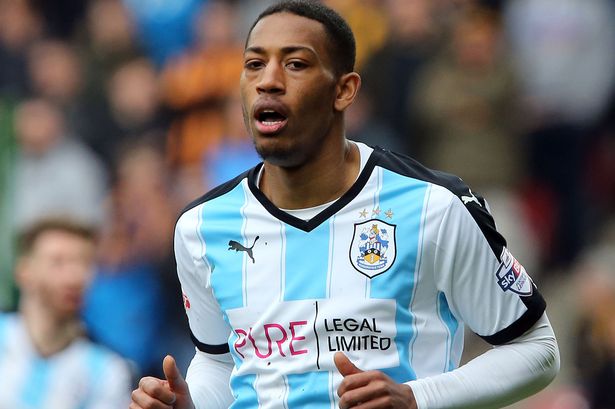 Leeds will be looking to make it to the playoffs next season after suffering disappointment in the 2017/18 campaign. And Van La Parra can help the Whites in their mission as his role in Huddersfield’s promotion is undeniable.

With Bielsa at the helm, the Whites fans will be hoping for the club to sign proven stars. La Parra is not a star but he is a useful player. He is unlikely to be at the top of Bielsa’s shopping list but he could be a vital addition to the Leeds team.