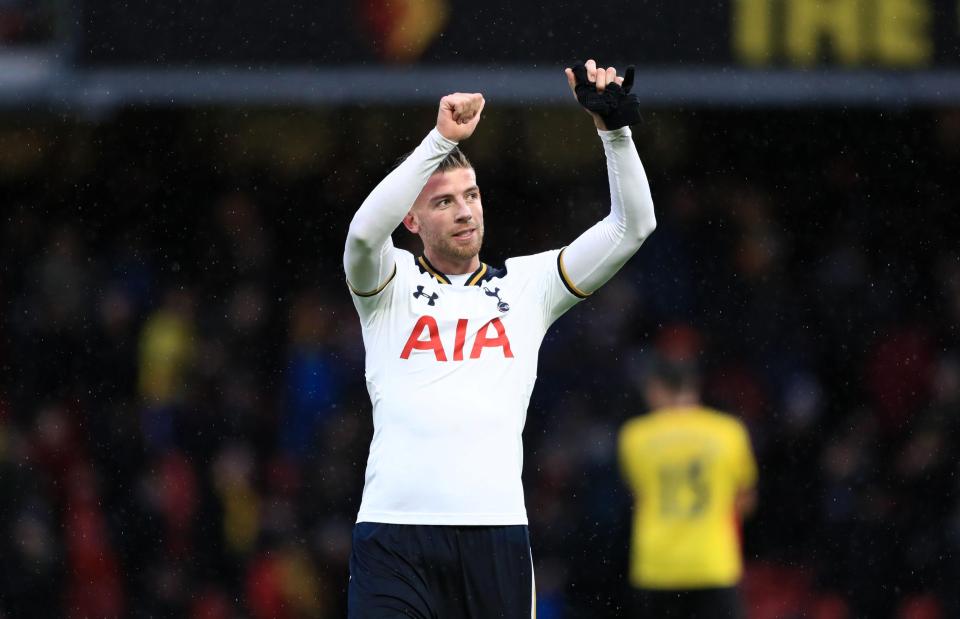 Premier League giants Tottenham Hotspur could be in danger of losing their star player Toby Alderweireld in the upcoming summer transfer window.

The Belgian, who is regarded as one of the Premier League’s best defenders, is running out of time with his current contract set to expire at the end of next season. He is yet to sign a contract extension with the club. As per reports, Spurs have failed to reach a new agreement with the player, due to his ludicrous demands.

With clubs like Real Madrid and FC Barcelona interested in his services, a move out of Tottenham looks the likely scenario for this Belgian International.

As the Lilywhites prepare for life without Alderweireld, they have already identified a desired replacement for the Belgian, it seems. According to reports, the club are in pole position to sign Bayer Leverkusen defender Jonathan Tah, who is tipped to be the next big thing in German football.

Since his breakthrough in professional football in 2015, Jonathan Tah has emerged as one of the most highly rated young defenders in European football. Currently plying his trade at Bayer Leverkusen, the 22-year-old has also become a key member of Die Werkself, since joining them in the summer of 2015.

The German International has already made almost 100 competitive appearances for the Bundesliga giants. In his debut season with Leverkusen, Tah formed a solid partnership with Omer Toprak. Eventually, his performances earned him his first cap for the German national team in 2016, where he featured in a friendly against England.

He wasn’t quite up to his mark in his second season with the club. That was largely due to frequent injuries as well as a series of mediocrity from the club, which ultimately led to the sacking of Roger Schmidt. Though that being said, the German International has once again been very impressive in the Bundesliga this season.

Despite the departure of his trusted defensive partner Toprak to Borussia Dortmund, Tah has emerged as a real leader in the Leverkusen backline alongside Sven Bender. He has built a formidable defensive partnership with the former Dortmund defender, which has helped Leverkusen constantly put up a fight for the Champions League places.

Highly known for his immense physical prowess, Tah is simply a complete package in the defensive department. Aside from being extremely dogged in defence, the 22-year-old has a great attitude and fighting spirit, which is perfect for a club like Tottenham.

His passing accuracy of 85% also suggests the fact that the Leverkusen defender is quite impressive in the build-up phases, which is another valuable trait for someone playing at Tottenham. However, it’s his humongous 1.94m physique, which gives him an edge over his opposition.

Spurs, who flushed out €38m on Ajax defender Davinson Sanchez last summer, will be delighted to secure the signing of Tah. The German defensive stalwart not only has the potential but also the quality to instantly make an impression at Tottenham whilst also becoming one of the club’s most valuable asset in the coming years.