DeAndre Yedlin first came to prominence when USA national coach Jurgen Klinsmann gave his appearances against Portugal and Belgium during the World Cup 2014.

He coped superbly with the threat posed by Ronaldo and Hazard in these matches, and showed great attacking ability, setting up Clint Dempsey’s late goal with a great cross to put the US 2-1 up.

It was these performances, as well as well as an MLS campaign that saw him named in the MLS all-star team, that alerted big European clubs. Tottenham Hotspur were the ones that were able to convince the young flyer that his future was in North London.

However, he found chances with Tottenham few and far between. After 6 months, Tottenham sent Yedlin out on loan to Sunderland after they signed Kieran Trippier as Kyle Walker’s back-up, effectively making the American third choice.

His season at Sunderland has mixed results. He made quite a few appearances, and showed some good attacking play, but lacked the defensive awareness that perhaps all young fullbacks do. It was clearly an area he had to overcome, but the signs were good. Sam Allardyce was a great mentor for the youngster. He is a manager that requires defensive discipline first and foremost, and you could see a definite improvement in his game after a shaky start.

When Newcastle sold Dutch import Daryl Janmaat to Watford, Yedlin was the first player on their list and they brought him back to the North East in a 5million deal. 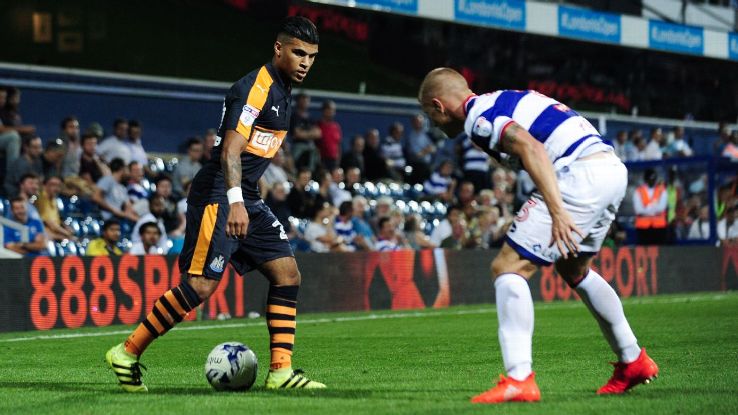 And whilst he has faced a battle for a first team place with Vurnon Anita, it is a challenge that the youngster has relished and feels is good for his development.

“It’s been great,” the defender told MLS Soccer. “It’s obviously a bit of a different experience going to the Championship, but I’m in a team that’s very, very capable of going back up [to the Premier League], so that was a big part of my decision.

“I’m working with a great manager and great players, so it’s not like it’s easy for me to get into the line-up and play every game.

“So it’s a challenge for me, so that’s good as well. That’s what I need at this point in my career.”

Benitez is also a manager who offers great defensive organisation, and will no doubt be a superb influence on the young defender’s development.

In attacking areas, there are few question marks over his ability. He is fantastic on the ball, able to beat a man with blistering pace and cross the ball into dangerous areas.

It is this ability that could see him become one of the very best fullbacks with the right coaching. You cannot teach the attacking ability that he has. But defensive awareness is something that can be coached. Gary Neville used to comment that fullbacks take a little while to defensively mature.

The signs are good for the young American, and if he continues to develop, Newcastle could have a big player for the future on their hands.