Why Gonzalo Jara would be a smart addition for Leeds United

It’s still early days but since Marcelo Bielsa’s appointment as Leeds manager, expectations around Elland Road have been high. The South American’s arrival means there’s a chance of revival for the Peacocks and they could return to their former glory. While this might become a reality, given the Argentine’s experience and past, United still need strengthening in order to pursue their dreams.

So far, Bielsa has made just one incoming transfer, bringing in Lewis Baker on loan from Chelsea. A smart move but thoroughly insufficient! During the 2017/18 campaign, Leeds conceded 64 goals, which is way too much for a team hoping to be in the top-6. Defensive reinforcements are surely needed.

There have been many names linked with a move to Yorkshire but here’s a different insight. One player that could prove to be extremely useful for the Whites is Gonzalo Jara.

The 32-year-old defender has a rich background to his name, having been capped 110 times by Chile. He’s won two Copa America trophies and has appeared at two World Cups for his native country.

At club level, Jara has won four Chilean titles with Colo Colo and his current side Universidad. He has extensive experience in European football and even better – he’s spent a massive chunk of his career in England.

Jara first defended the colours of West Bromwich Albion, before playing on loan for Brighton and Nottingham, before a permanent switch to the City Ground. He then moved to Germany with Mainz before returning to Chile. 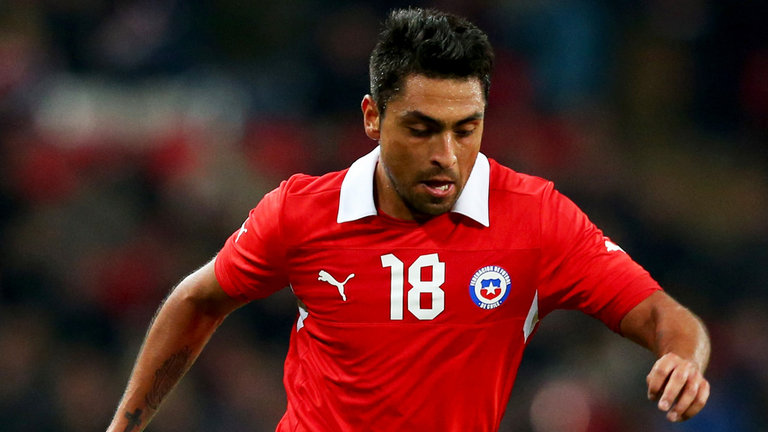 There’re a couple of reasons why Jara might be a useful signing for Leeds. First of all, he can play in various positions and can be used as a centre-back or as a full-back. This means it will be easy for him to fit into the 3-3-1-3 formation usually used by Bielsa.

Second, he knows the English game, and the Championship in particular, so it won’t be hard for him to adapt. There’ll be no language barrier too, which is important when a foreigner comes to a new team.

Third, even though he’s 32, Jara still has enough fuel left in the tank. He’s a relatively fit player and hasn’t had too much trouble with serious injuries in the past.

Read more: Sign him up Bielsa – This £11m Striker Could Be The Man Who Can Fire Leeds United To The Premier League

Last but not least, when Bielsa was Marseille manager, he wanted to bring in Jara. He launched a brutal verbal attack on the directors of the club when none of the players he desired was bought.

“None of the players who have joined were my requests. I proposed 12 names and none of them came through. I asked for Jara, Manquillo, Isla, Montoya, Coke, Ocampos, Rekik, Aurier, Tello, Medel and Stambouli. We had to rush our business despite the fact we knew who we wanted”, Bielsa said in 2014.

It’s clear the manager has a deep admiration for Gonzalo Jara. Leeds need defensive reinforcements. If a deal can be struck, it will be great news for the Elland Road faithful.