Why Monaco’s Thomas Lemar Would Be Ideal For Manchester City

Premier League giants Liverpool and Arsenal could be in danger of losing their pursuit of Thomas Lemar this summer, as league leaders Manchester City are preparing a huge bid for the Frenchman.

According to reports from several English sources, Pep Guardiola is apparently keen on signing the highly talented AS Monaco starlet, who is expected to leave the club this summer, with Chelsea, Arsenal and Liverpool also interested. Arsenal previously had a reported bid of £90m rejected for Lemar while Liverpool have been heavily linked with the player.

Manchester City, who have spent a huge amount of cash since the appointment of Pep Guardiola, have already brought in the likes of Bernardo Silva and Benjamin Mendy from Monaco last summer, meaning a move for Thomas Lemar could be entirely possible considering the healthy relationship between the two clubs.

The Cityzens were previously linked with a move for Chelsea superstar Eden Hazard but have now shifted their focus on to a younger alternative in the shape of Thomas Lemar.

Currently regarded as one of the best attackers in the French top flight, Thomas Lemar has proved to be a huge hit for AS Monaco since joining the club in the summer of 2015. The 22-year-old has emerged as an integral part of Monaco’s success in the past few years.

Since his move from Caen in 2015, Thomas Lemar has already notched up over 100 appearances in the French top flight, scoring 17 goals and providing 26 assists. This season, however, Lemar’s importance at AS Monac is being felt now more than ever, especially after the departure of Bernardo Silva last summer. 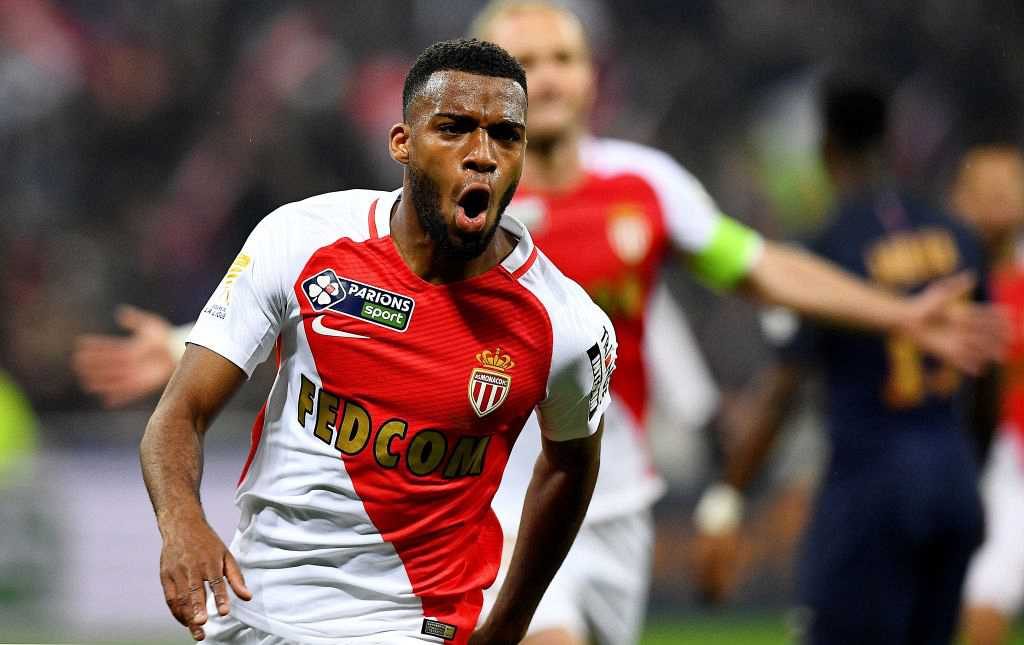 Although the Frenchman hasn’t been as prolific in front of goal this season, his 8 assists have helped Monaco maintain their status as the second best club in France. In fact, his blistering performances in Ligue 1 have also earned him 8 caps for the French national team and it would be interesting to see if he can make it into the French squad for the upcoming FIFA World Cup in the summer.

The addition of this highly talented attacker could be a boon for Manchester City, who have struggled with the frequent injuries of Leroy Sane and Raheem Sterling this season. After failing to sign Riyad Mahrez earlier this year, the Blues could really use the services of Thomas Lemar next season.

Even though the Cityzens already boast of a plethora of world class players in their roster, Thomas Lemar could prove to be a smart acquisition considering the fact that the likes of Leroy Sane and Sergio Aguero are being linked with a move elsewhere this summer.

Leroy Sane, in particular, has been identified as the perfect Lionel Messi replacement for Barcelona and therefore, Pep Guardiola will definitely be delighted with the addition of Thomas Lemar next season.