Middlesbrough narrowly missed out on securing promotion to the Premier League last season. However, they have shown promising signs in the opening few games so far and are currently at the top of the Championship standings.

While they do have a good chance of making it back to the top-flight, it must also be noted that they have a gem of a player who could work wonders in the second-tier competition this season. And that’s none other than Ashley Fletcher.

Fletcher, 22, has endured a tough time since joining Middlesbrough in 2017 for £6.5m. He was loaned out to Sunderland but the move clearly did not work out as the Black Cats got relegated to the League One at the end of the 2017/18 season.

However, his pre-season form was shockingly impressive and his initial displays have been quite promising so far. As Middlesbrough get set to mount a solid challenge to get back to the Premier League, Fletcher could play a key role for the club.

The youngster played a cracking game in Middlesbrough’s recent League Cup win against Notts County. The attacker fired in two incredible goals and was quite solid throughout the game. He is yet to start a Championship game this season but he has appeared as a substitute. Although he was deemed a flop last season, Fletcher has shown all the right signs of flourishing.

However, Fletcher has a tough road ahead of him. While his performances have been encouraging, he must be wary of the fact that Boro’s current forwards are in devastating form as well. 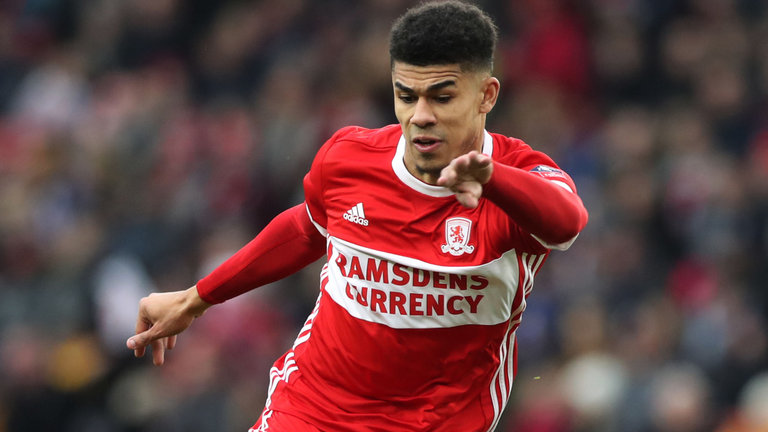 The likes of Martin Braithwaite and Britt Assombalonga have been absolutely sensational and it won’t be easy to get chances by beating them. But if Fletcher continues to deliver performances like the one against Notts County, he could receive a bigger role at the club in the near future.

Read More: Tony Pulis reuniting with his former shot-stopper could be crucial for Middlesbrough this season

The youngster is aerially unbeatable and his physical prowess serves him well when it comes to stamina and pace. In fact, he has all the qualities required to succeed in the Championship and it will be interesting to see how he fares from here.