Manchester City have been in sensational form this season so far and even though they have not managed to stay unbeaten in the Premier League, they are still the favourites to win the title by a long mile. More than anything else, their attackers have attracted a lot of attention for their prolific displays. The likes of Kevin De Bruyne, Raheem Sterling, Leroy Sane, David Silva, Gabriel Jesus and Sergio Aguero have all been in fantastic form but there is one player who is yet to receive his share of the credit.

Ederson Moraes has done a splendid job in goal for City and he has easily been one of this season’s best goalkeepers so far. He has maintained 11 clean sheets and has conceded merely 19 goals. To be fair, not many people knew a lot about the 24-year-old when he arrived at Etihad Stadium last summer for £34.9m but since then, Ederson has just been in top-class form. At present, it is hard for fans, in general, to not know about his potential. His presence is quite assuring and solid in goal and he seems to have an innate ability to sniff out danger before it materialises.

Until now, David De Gea was regarded as the best in the league but it is safe to say that Ederson can provide some stiff competition to the Spaniard for the numero uno position. There seems to be nothing Ederson cannot do and he proved that yet again in the club’s recent draw against Burnley.

For any goalkeeper, it is important to stay alert as his teammates go about attacking. The Brazilian did just that as he was able to withstand Burnley’s late pressure and save a point for City. 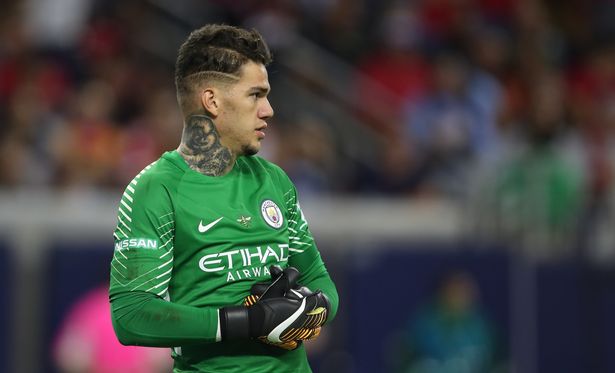 Simply put, Ederson has been nothing short of a revelation for Pep Guardiola this season. There were doubts about how quickly he would settle in but the kind of impact he has made, speaks for itself. He boasts of lightning-fast reflexes and it is such an important quality for a goalkeeper to have. In addition to that, the Brazil international has also managed to do well under pressure.

The previous season was terrible for Man City when it comes to goalkeeping. Claudio Bravo was quite weak and Guardiola had to bring in somebody to replace him and Ederson has been an excellent choice. He boasts of good vision and has often rescued City from a lot of sticky situations this term.

He has made his fair share of mistakes this season but his influence outweighs everything else. City’s attackers have received a lot of attention but it is high time that people credit Ederson for everything that he has done this season.