As we go into the final phase of the season, international coaches will have a final look at their respective candidates as they gear up for an exciting summer ahead. England, in particular, will have a host of options for their FIFA World Cup roster. Head coach Gareth Southgate has already stated that he’s pleased with their performance against the Netherlands in the recent friendly.

However, looking at their current squad, the Three Lions are lacking some all-around qualities up front. With star striker Harry Kane injured, Manchester City star Raheem Sterling has been given a more central role in the offensive department, which, in turn, has limited Southgate’s options on the flanks.

Although the former Middlesbrough head coach has preferred the three-man backline, at times, during his time with the Three Lions so far, England could be forced to revert to a four-man backline due to the lack of any reliable options in the right wing-back spot.

Kieran Trippier, who has been decent since joining Spurs a few years ago, is clearly not a reliable option for the World Cup. Therefore, the 47-year-old head coach might look for alternatives and that’s where Marc Albrighton comes in.

The Leicester City star, who has previously played for his country’s youth ranks, is yet to win a cap for England, despite a series of impressive performances in the Premier League, since joining the Foxes in 2014. 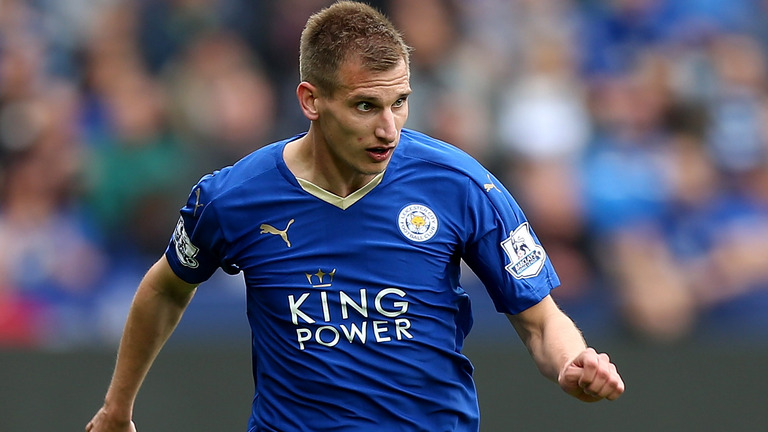 Naturally a wide-midfielder, Marc Albrighton is a typical Premier League footballer, who is very good when it comes to playing direct football. It was evident when Claudio Ranieri built a formidable unit during the 2015/16 season, which included Albrighton on the flanks.

The former Aston Villa man has excellent versatility, meaning he can play in any position in midfield, including central midfield while he’s also highly comfortable in playing on both flanks.

One of his greatest assets as a footballer, however, is his ability to cross the ball. Albrighton is an excellent crosser of the ball and his incredible tenacity helps him to thrive in the Premier League despite boasting very little technical qualities.

With the World Cup just around the corner, England head coach Gareth Southgate will look to nail down the best possible eleven before his side gear up for the coveted tournament. The 47-year-old will have another chance to inspect team before the commencement of the FIFA World Cup and that could be a huge opportunity for him to try out his luck with Marc Albrighton.

In addition, the Leicester City 28-year-old player is always an option should any star player, particularly, in the wide areas, get injured before the end of the season.