After West Bromwich Albion suffered relegated from the Premier League last season, it was clear that a lot of changes were to be expected at the Hawthorns. But Jonny Evans is the only big name player to depart the club so far but others are set to follow the defender.

As far as the incoming transfers are concerned, West Brom are yet to sign any player. However, recent reports suggest the Baggies are close to signing 26-year-old Brentford midfielder Romaine Sawyers.

A potential deal will be interesting because Sawyers is a product of West Brom’s youth system. He joined the Baggies’ youth set-up in 2004 when he was 13 years old and spent 9 years at the club. However, he failed to break into the first team picture at West Brom, with the midfielder being loaned out to Port Vale, Shrewsbury and Walsall by the Baggies.

Sawyers was subsequently released by West Brom, not least because of his injury troubles, and signed a permanent deal with Walsall in 2013. He went on to make 161 appearances for the Saddlers, scoring 18 goals.

His strong performances in League One led to interest from other teams, and in 2016, the midfielder moved to Brentford. He instantly became a first-team regular at Griffin Park. He has thus far turned out 89 times for the Bees, scoring 8 goals and providing 13 assists.

So, is Sawyers the right man for West Brom? Can he lead the club to glory and help them return to the top-flight? First of all, he knows the mood at the Hawthorns, having spent almost 10 years there. He’s aware of what the supporters want from the players.

Although these factors shouldn’t be underestimated, his technical ability is far more important. Sawyers has developed so much as a player lately, it’s almost hard to believe. He has become a master passer and can find a teammate even in the smallest of gaps. 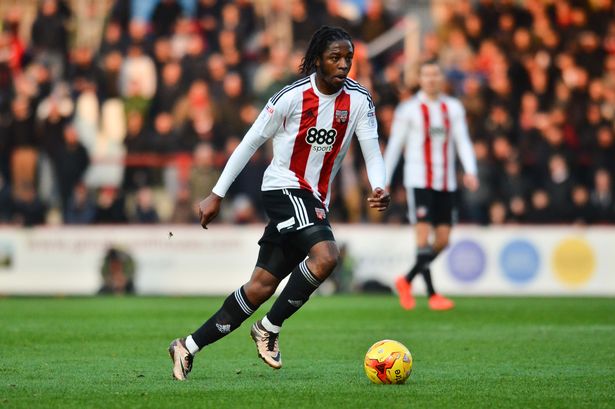 Sawyers, who also has an eye for goal, is a tireless midfielder. He has enough experience of playing in the Championship which can be vital for the Baggies this season. He’s creative, covers a lot of ground, and his physical presence is undeniable.

And last but not least, he was coached by current West Brom manager Darren Moore at the academy.

It remains to be seen whether Brentford will accept any potential bids for the player, but if they do, Baggies fans should be excited as Sawyers could be the answer to their problems and prayers.