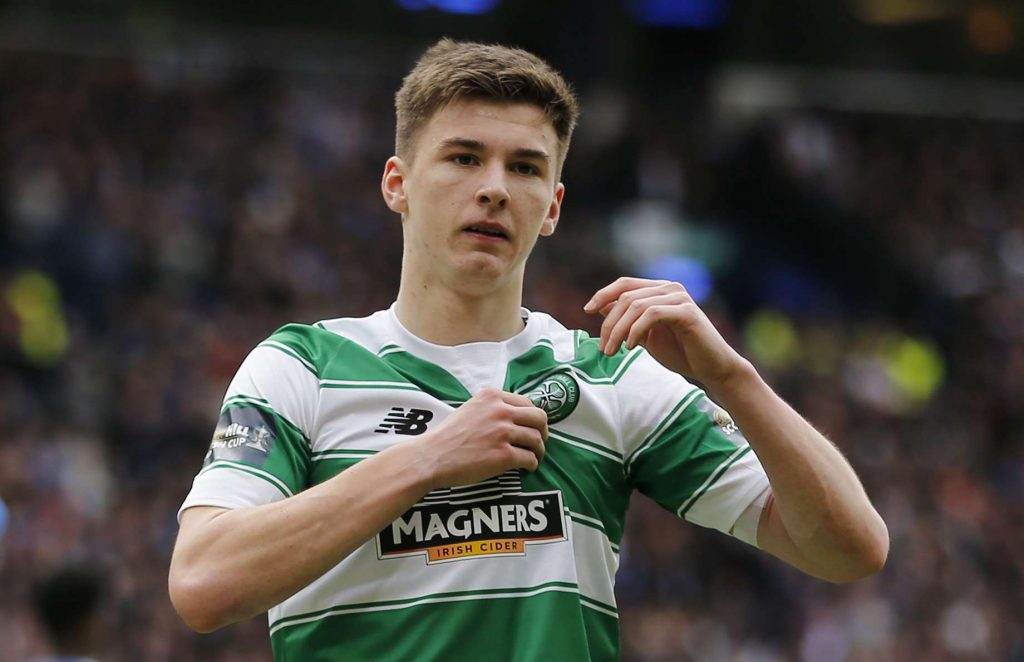 Manchester United are set to step up their interest in Celtic’s young left-back Kieran Tierney, as per reports from Scottish outlet Daily Record.

Manager Jose Mourinho is understood to be keen on a defensive overhaul in the summer as he looks to build a team capable of matching Pep Guardiola’s rampant Manchester City side. He sees Tierney as an important signing in the summer.

Manchester United’s left-back department has been an Achilles’ heel for the club in the last couple of years. When the club signed Luke Shaw in the summer of 2014 from Southampton, I thought that they had found the heir to Patrice Evra.

However, things haven’t exactly gone to plan for either the club or the player. Regular injuries have meant that Shaw has been unable to live up to the initial level of expectations that were placed upon him. His chances of regular team football further plummeted when Mourinho took over the reins at the club.

The Portuguese tactician has constantly been critical of the player, questioning his character and his attitude in public. However, the pair seemed to have turned a new leaf not very long ago when Jose went on to claim that there were few better left-backs in the world than Shaw in January.

However, it would only prove to be a false dawn as Mourinho once again tore the player apart following United’s 2-0 win over Brighton & Hove Albion in the quarterfinals of the FA Cup earlier this month. The manager substituted Shaw at half-time and questioned the player’s attitude and temperament once again.

To be fair to Jose, some share of the blame lies with Shaw as well. The £70,000-a-week star has looked like a pale shadow of his former self at Southampton ever since he returned from the horrific knee injury in 2015. His case hasn’t been helped by the fact that he has often looked out of shape and unfit. After just 62 appearances in four years, one would believe that it is time for United offload the England international.

In my opinion, Tierney would be the ideal replacement for Shaw. The 20-year old has been on the club’s radar ever since he broke into Celtic’s first-team as a teenager and his rapid development in the past couple of years for Brendan Rodgers’ side shows that he is set for bigger and better things.

Capable of playing as a left-back where he can defend ably, get forward regularly and hit pinpoint crosses into the box, and as a centre-back in a three-man backline, Tierney has shown great versatility and understanding of the game that enables him to perform up to the mark.

The 20-year-old has made 48 appearances in all competitions in the ongoing campaign, scoring 4 goals and chalking up 9 assists. Another asset of Tierney’s game is his natural leadership qualities that have come to the fore in the ongoing season. He has led both Celtic and Scotland national team on a number of occasions and has impressed everyone.

Any concerns regarding his ability to make the step up from Scottish football to the Premier League were dispelled by his performances for Celtic in the UEFA Champions League, where he put in some admirable displays against some of the European heavyweights like Bayern Munich and Paris Saint-Germain.

With Shaw’s time at the Old Trafford being so rugged, signing a new left-back is imperative for the Red Devils as they cannot expect to challenge their rivals with the ageing Ashley Young as their first choice in that position. The club cannot find a better candidate than Tierney.

The Scottish international is young, has shown immense potential and has also demonstrated his pedigree of being able to perform against the biggest teams on the biggest stages. Go for it Jose.