Maximilian Eggestein has been one of the shining stars of Werder Bremen this season, scoring five goals and supplying an assist in 21 Bundesliga games. After arriving midway through last season, Florian Kohfeldt has changed the 22-year-old German from a defensive midfielder to a more creative central midfielder.

Tottenham Hotspur should make a move for Maximilian Eggestein in the summer.

Tottenham Hotspur virtually put one foot in the Champions League quarter-finals by tormenting Borussia Dortmund 3-0 in the round of 16 first leg at Wembley on Wednesday. Tottenham outsmarted, outwitted and outclassed the Bundesliga side despite the absence of their key players such as Harry Kane and Dele Alli. 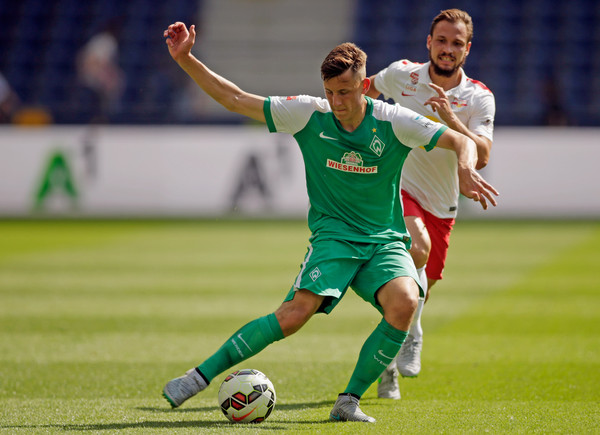 And when all this is attached to the fact that Tottenham made no signings in the last two transfer windows, it simply demonstrates what a brilliant job Mauricio Pochettino is doing.

One of the areas Pochettino should strengthen is his midfield options following the departure of Mousa Dembele and the recurrent injury problems of Victor Wanyama. Signing Maximilian Eggestein would solve Pochettino’s midfield conundrum, and he would serve as a replacement for the departed Dembele.

Known as an all-action, hard-working and a tenacious midfielder, Eggestein is comfortable playing as a defensive midfielder and in an attacking role. He is a very good distributor of the ball and has the ability to dictate the tempo of the game in the middle of the park. Not only does the German pick out the correct pass but he can also win back possession for his team.

Eggestein covers a lot of ground and can add the sense of stability to the Tottenham midfield that will allow the attacking players to express themselves freely. Furthermore, he is also known for his fluent passing, energy and long-range shooting, something that Spurs lack in their current crop of central midfielders.

To put it straight, Spurs need more quality and depth in their squad to challenge the likes of Liverpool and Manchester City for the Premier League crown. For that reason, the richly talented Eggestein would certainly be a brilliant fit for Pochettino’s side.

Hence, Tottenham should spend big to sign the 22-year-old German from Werder Bremen in the summer.