Why Southampton must beat West Ham to sign Marlon Santos

As per reports, Southampton are looking to beat West Ham to sign Barcelona defender Marlon Santos.

The Hammers have been knocked back with a £13million bid for the Brazilian, allowing Southampton to swoop in with a counter offer of £11million.

Marlon, 22, spent last season on loan at French club Nice, making 27 appearances in all competitions. Now, however, he has returned to Barcelona after a two-year loan spell.

Marlon arrived at Barcelona B from Fluminense in 2016, initially on loan, before it was made permanent a year later. He made a couple of first-team appearances under Luis Enrique but was mainly a B team player before being loaned out to Nice to gain more experience.

The Brazilian impressed while featuring 27 times in all competitions for Nice last term, attracting interest from West Ham and Southampton. Having narrowly avoided relegation in the previous campaign, Southampton must aim to improve this time around. 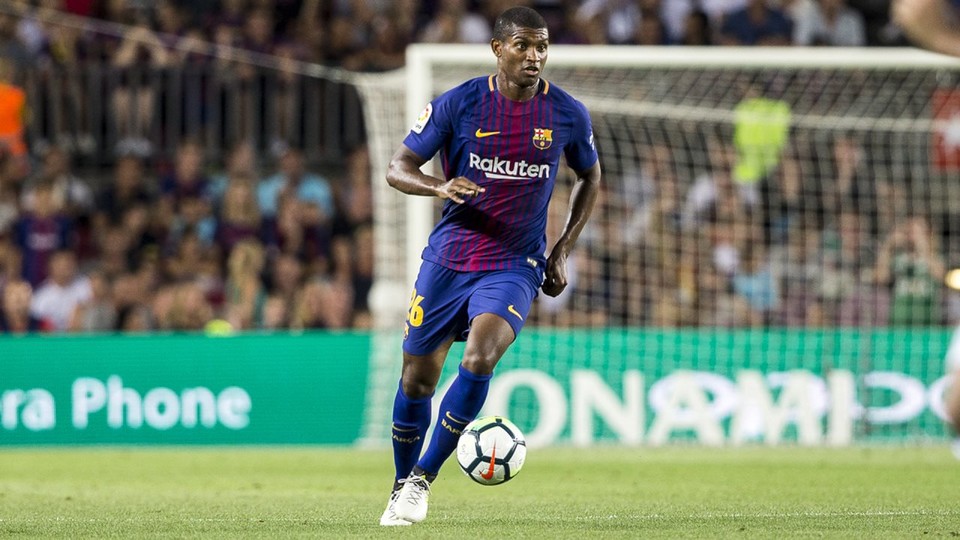 Mark Hughes, who guided the Saints to safety, has already completed deals for Mohamed Elyounoussi from Basel and Stuart Armstrong from Celtic.

Having strengthened the midfield as well as the attack, Hughes must now strengthen the defence. The Saints conceded 56 goals in the league last term but to build a team for the future, the manager must clear out the deadwood and bring in someone like Santos.

He might not be a towering defender but he is strong in the air and comfortable with the ball at his feet. The 22-year-old never hesitates to play from the back. His passing skills could also help the Saints to a great extent next season.

The young Brazilian would be the perfect option for the club as he can easily provide cover for Maya Yoshida and Wesley Hoedt while adapting to the Premier League without being thrown into anonymity.

Marlon can also be deployed as a right-back and is perhaps more suited to play on the right side of a three-man defence. Hence, the player would prove to be resourceful for Hughes if he chooses to employ his preferred 3-4-3 formation.

Read more: Why a move for this £40m-rated Serie A star could prove to be a masterstroke for West Ham

Currently, Southampton have a promising centre-half in Jan Bednarek, who played five times in the Premier League last season. Bednarek is raw but with time, he can develop into a top central defender.

Marlon, after hugely impressing in Nice colours, could be a fantastic new addition for Saints. Keeping one eye on the future, Hughes must sign the talented Brazilian this summer.