Why Southampton have completed a great signing in Angus Gunn

Southampton cut it really close last season as the club finished 17th in the league, occupying the final safety spot which saw them retain their position in the Premier League. The club had a largely underwhelming campaign that saw a number of their players underperform.

The club are often criticised because of their inability to hold onto their best players and cash in on them instead. But this time around, the Saints have completed a signing for themselves. The club have signed Manchester City goalkeeper Angus Gunn for a reported fee of around £13.5million. The deal is said to be worth £10million plus £3.5million in add-ons. 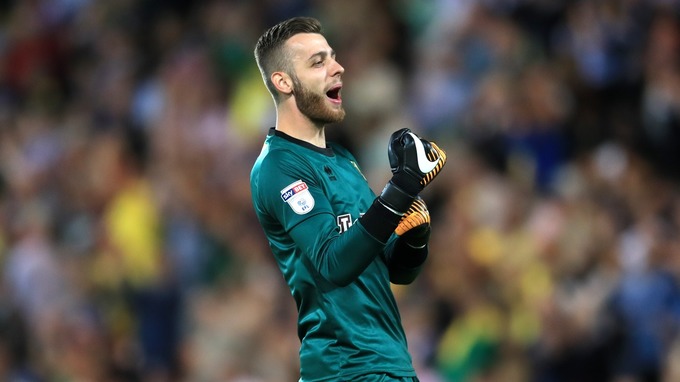 The youngster, who graduated from Manchester City’s youth academy, spent last season on loan with Championship side Norwich City. The 22-year-old made a total of 46 appearances for the Canaries last season, keeping a total of 15 clean sheets in that time.

He is a brilliant shot-stopper with an excellent concentration on the ball. The former Norwich City loanee also has an impressive reflex ability, which earned him widespread praise last season. The youngster averaged 2.73 saves per game last season and he was one of Norwich City’s standout performers last campaign.

The 22-year-old goalkeeper also boasted an average claim success rate of 99% in the Championship last season. At such a young age, he has shown all the right traits and qualities to go on and become one of the best shot-stoppers out there.

Southampton possess the likes of Fraser Forster and Alex McCarthy in their ranks but Angus Gunn could be the one to oust both of them from their positions.

With a move to St. Mary’s finalised, Gunn should nail down a regular starting role under manager Mark Hughes. The manager is excellent at developing young players into finished products and the former Stoke City coach could be the one to help Angus Gunn unleash his full potential.

At the tender age of 22, Angus Gunn has shown all the right traits and qualities to go on and become one the league’s top shot-stoppers. His performances could be vital for a club who are not in the best of situations after narrowly escaping the drop last season. If he does click, Southampton would possess a real gem in their ranks.