Since his high-profile move from Juventus in the summer of 2016, Paul Pogba has been one of the most scrutinised players in the Premier League. It’s probably fair to say that the French midfielder has only been a shadow of his former self since his move from Juventus almost two years ago. Pogba has failed to impose his authority in English football.

One of the main reasons behind his deterioration has been the lack of an anchor in midfield for Manchester United. Although players like Michael Carrick and Nemanja Matic can be deemed as excellent midfielders who can easily take control of the midfield, the Red Devils lack someone who can facilitate the channels.

Ander Herrera is the only player who epitomises the character of a transition player at Man United at the moment but the Spaniard has struggled with both game time and lack of form this season.

That being said, however, Herrera’s potential departure this summer could usher in the change that was needed for a long time, as Manchester United have already shown a keen interest in the services of PSG midfield sensation Marco Verratti.

Verratti, formerly a subject of major transfer speculation last summer (linked with Barcelona), is regarded as one of the best midfielders in European football and his addition to the team can definitely boost the performances of Paul Pogba. 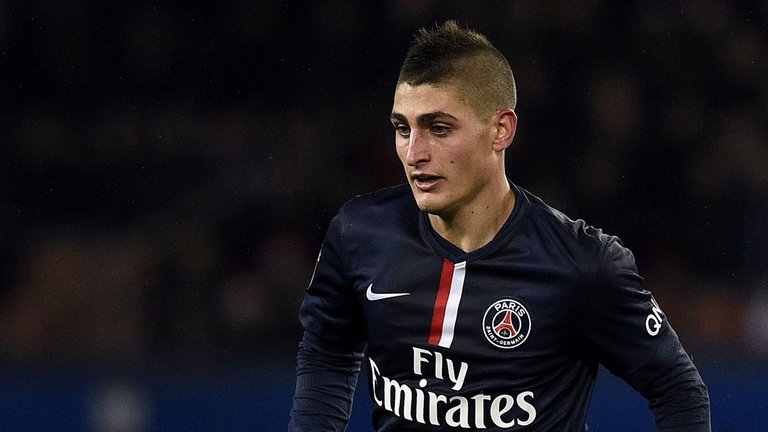 The Italian international has all the qualities to prevail as a valuable asset for Manchester United. His tremendous ball carrying ability coupled with his excellent ball-distribution is ideal for the betterment of Man United’s build-up phase.

Also known for his incredible vision and proficiency in the middle third of the pitch, Marco Verratti is someone who can boost the dynamics of any midfield in the world. During his time with PSG, the 25-year-old has flourished alongside a more robust midfielder in the shape of Thiago Motta or even Adrien Rabiot and therefore, Jose Mourinho, with his 4-2-3-1 formation could hand a similar role to the Italian international.

Although not best known for his physique or aerial abilities, due to his small 1.65m figure, Marco Verratti is a midfield dynamo who is more than capable of making a huge impact in the Premier League. His addition will take off the extra defensive responsibility from Paul Pogba, allowing him to play his natural free-flowing football in the final third.

While Verratti’s ball distribution will make the United midfield almost untouchable, Pogba’s sheer physical prowess coupled with his excellent vision and ball-carrying abilities will lend the Red Devils a huge advantage in the middle as well as the final third of the pitch. Therefore, it will definitely be interesting to see how Verratti’s transfer saga takes shape in the upcoming summer transfer window.